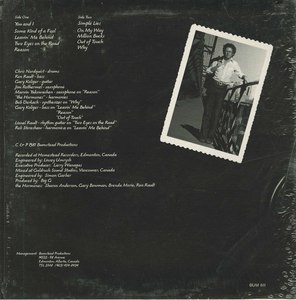 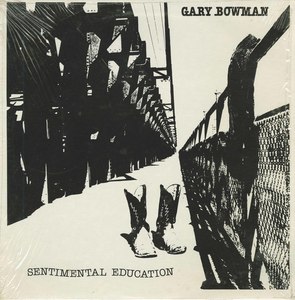 Gary Bowman is a prolific, gifted tunesmith who's been a cornerstone of the Edmonton music scene for 30 years.

In the early '80s, he released a cool disc with rustic, roadhouse sceneries, some blues-rock, and jazzy sways for the fledgling Bumstead Records titled Sentimental Education. He closed that decade with another impressive, groove-driven release titled La Bicyclette.

His piano-playing coats tunes with the appropriate shade of blue, and some of his witty asides and observations call to mind the succinct stylistic sting of masters such as Mose Allison.

His gigs, whether in lounges, pubs or nightclubs, always found him armed with a few new tunes, leading fans to presume another disc would surface soon.

But part-time rural living, touring and solid musical associations with blues harp player Rusty Reed and country chanteuse Lisa Hewitt took up much of his time in the '90s.

"I've got to give credit to Doug Jenson (of Jenson Interceptor fame) for getting me in the studio again," says Bowman, who officially releases his first disc of the new millennium Sunday afternoon at the Peter Robertson Gallery.