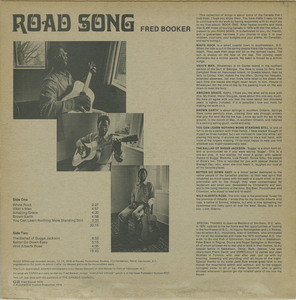 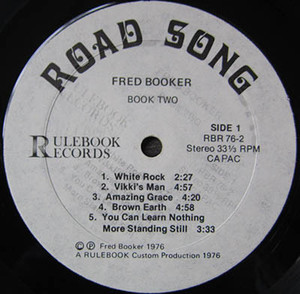 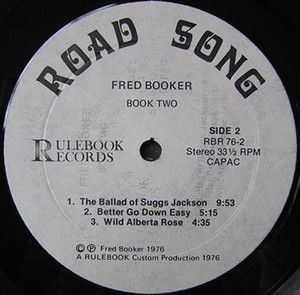 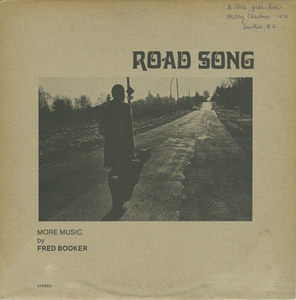 Fred Booker (1939–2008) was a Canadian author and singer-songwriter. Booker immigrated to Canada in 1966 from the United States and became a notable member of Vancouver's music and literary scenes. His intimately personal songs were often characterized by his versatile acoustic guitar riffs and resonating vibrato voice. Amongst Booker's influences were Black American poetry and spoken word, gospel, folk and jazz music, some of which he accredited to his experience growing up in a Baptist church and hearing the blues and gospel songs that were often sung in his childhood home. His experience as a black man in Vancouver and the "Pacific Rain Forest of British Columbia" became the subject of much of his poetry and songwriting, where he reflected on things like his time travelling and touring Canada, his hardships amidst the starkly contrasting class structure of Vancouver, and his continuous admiration for the mystery of both his urban and rural surroundings.

In 2006, the Vancouver-based black literary press Commodore Books published Fred Booker's first collection of short fiction entitled Adventures in Debt Collection, and in 2007, two of his short stories were dramatized on the CBC Radio One show Between the Covers.

Recorded January 13, 14, 1976 at Stoney Productions Studios, 173 Pemberton, North Vancouver, B.C.
Engineered by Ed Jurak
Photography by Marian Bancroft of ISIS Women in Film of Vancouver, B.C.
This LP was done with the assistance of The Canada Council
A Rulebook Custom Production 1976