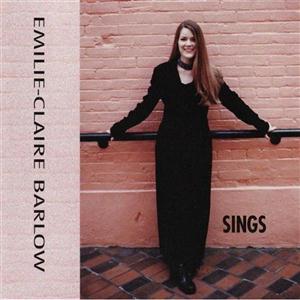 Because Emilie-Claire Barlow is a female jazz singer from Canada, some American jazz enthusiasts have inevitably compared her to Canada's most famous jazz export: Diana Krall. But truth be told, Barlow doesn't sound anything like Krall. While Krall's performances have a sultry, dusky, very nocturnal quality, Barlow's singing has favored a youthful, girlish sweetness. That isn't to say that Barlow's bop-oriented work is unswinging -- in fact, she has no problem tackling complex arrangements, high-speed scat singing, and vocalese. Besides, Barlow is from Toronto, not western Canada (where Krall grew up).

Barlow has spent her entire life in Toronto, where she was born on June 6, 1976. Her father is jazz drummer Brian Barlow, who has also gone by Brian Leonard and is best-known for his work with the Boss Brass (a Canadian big band led by trombonist Rob McConnell). Not surprisingly, the drummer instilled an appreciation of jazz in his daughter and encouraged her to sing. Brian Barlow also encouraged her to study several instruments, including piano, violin, cello, and clarinet. By the time she was seven, Emilie-Claire Barlow was singing for television and radio commercials. She went on to become quite active on Toronto's jazz scene, and in 1997, Emilie-Claire Barlow and her father formed the Barlow Group -- an acoustic-oriented octet whose soloists have included trombonist Russ Little and saxman John Johnson. The singer co-produced her first album, Emilie-Claire Barlow Sings, with her father in 1998 before recording Tribute (also co-produced with Brian Barlow) in 2000 (when she turned 24). Both albums were released independently in Canada on the Rhythm Tracks label.
-Alex Henderson, Rovi