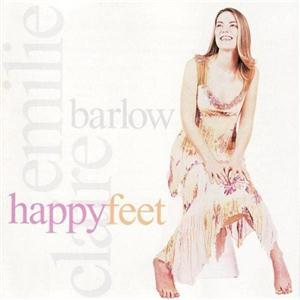 Only in her mid-twenties, Toronto-based singer Emilie-Claire Barlow is already a veteran of Canadian radio and TV, having started singing commercials at the age of seven. For this, her third album, she is accompanied by the eight-piece (plus guests) Barlow Group, which includes premiere Canadian trumpet player Guido Basso, with her father, Brian Barlow, on drums. The play list is an amalgam of tunes representing different genres and styles, including straight-out ballads and swing tunes, several Brazilian pieces, vocalese, and advanced jazz. The latter is represented by Chick Corea's "Spain," which Barlow does entirely in the wordless vocalizing fashion in front of excellent electric piano by Tom Szczesniak. The vocalese comes with the Annie Ross special "Twisted," which is not an easy song to sing if for no other reason than the need for the singer not to run out of breath midway through. Barlow makes it quite nicely. With his muted trumpet solo, Basso elevates the track to one of the best on the album. Highlighting the variety of the play list, Barlow pays tribute to Brazilian singer Rosa Passos with "De Flor em Flor" (From Flower to Flower), sung in Portuguese. Rounding out the session are two medleys devoted to melodies by Billy Strayhorn and Antonio Carlos Jobim. Barlow addresses this eclectic program with the assurance of the veteran performer she is. Her expressive vocals reflect her ample poise, confidence, and maturity. She takes her clear, light voice to higher ranges without sounding strained or shrill, as she displays on "La Belle Dame Sans Regret." Szczesniak replicates the solo of the late Kenny Kirkland, which was on the original recording of this tune. There is something for all vocal jazz enthusiasts on this excellent third trip to the studio by Barlow.
Dave Nathan, Rovi