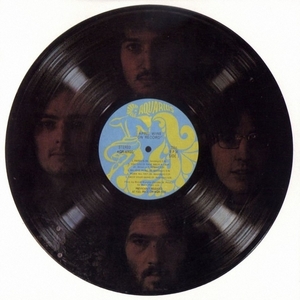 After the success of Fast Train, the next album took on more of a "mainstream radio" sound. On Record was the album that established April Wine as a major international artist, on the strength of singles such as You Could Have Been A Lady, which became a Number One hit in Canada and cracked Billboard's Top 30.

"Our first taste of commercial success with the single Fast Train changed our thinking.", explains David Henman. For me, for example, I thought "'okay, I can do that", only to discover that it is MUCH easier to write music that is highly "personal" than it is to write a song that the average person can identify with. Since then I've developed much more respect for "commercial" music, even the most insipid stuff. I may not like much of it, but I respect it."
Could Have Been A Lady becomes a hit and still sounds great, usually showing up during the encore of recent shows. It was a cover of a moderate hit for the group Hot Chocolate. Picked up in the U.S. on a label called Big Tree, it reaches the Top 30 on the American charts. The producer, Ralph Murphy, sings the "na na na na".

The curious "noise" between tracks was added by the producer after the fact. According to Henman the band was "shocked" when they first heard it.
"I don't think any of us liked it. What the intention was, what it was supposed to convey, I'm still not sure." he added.
The riff for Drop Your Guns was inspired by Shine On by Humble Pie.

Harrison Tabb, whom the album was dedicated to, was a black R & B singer from Montreal who died in a tragic car accident and was a close friend of David Henman.