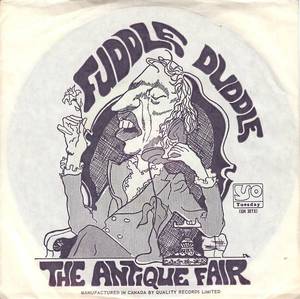 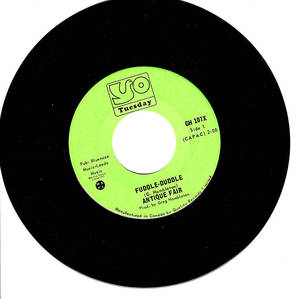 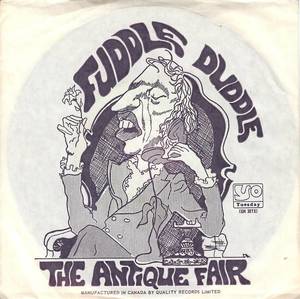 Fuddle duddle is a euphemistic substitution for "fuck" or "fuck off", the most famous use of which was by Pierre Trudeau, during his tenure as Prime Minister of Canada.

In February 1971, a minor scandal arose when opposition MPs accused Trudeau of having mouthed, "Fuck off," at them in the House of Commons. When pressed by television reporters on the matter, Trudeau denied having mouthed "Fuck off" (much less actually spoken it, or anything at all) at the times in question, but freely admitted having moved his lips; and he answered the question, "What were you thinking, when you moved your lips?" by rhetorically asking, "What is the nature of your thoughts, gentlemen, when you say 'fuddle duddle' or something like that?" One opinion is Trudeau took "fuddle duddle" from the official Hansard transcript of his words for that parliamentary session, and the Hansard reporter either read Trudeau's lip-movements differently than the accusing MPs, or read them likewise but chose to write down the now-notorious words in their stead.

The expression then took on a humorous aspect for Canadians, with some calling the Canadian dollar, which markedly declined in value during Trudeau's government, the "fuddlebuck," and with the popular Windsor, Ontario radio station CKLW announcing the impending birth of Trudeau's first child with the words, "Margaret Trudeau has been fuddle-duddled!"

Seemingly within hours, a 45 rpm single of a lively little pop tune, "Fuddle Duddle", followed, recorded by a "one-hit wonder" band named Antique Fair. The production turnaround time was so swift, the band never recorded a second song for the B side of the disk. "Fuddle-Duddle" is pressed on both sides.

An unofficial transcript of the CBC clip is as follows:

John Lundrigan: The question I raised to the Right Honourable Prime Minister of Canada was that the government should introduce some new programs to lift the unemployment burden over and above what has been announced since last March. The Prime Minister interrupted me in a way that you wouldn't expect on the street, by mouthing a four-letter obscenity which I've challenged him to verbally place on the record and I don't think he's done so since. And I certainly didn't expect this kind of behaviour from my Prime Minister of Canada, having worshipped and really adored men like John Diefenbaker and Mr Pearson and a lot of other people in the past. This to me is really inexcusable and, well I guess we're just going to have to grin and bear it, along with the Lapalme workers.
Lincoln Alexander: He mouthed two words, the first word of which started with F, and the second word of which started with O. And he said it twice to John Lundrigan, the member from Gander—Twillingate, and he also said the same thing to me. Now I think that we've reached a point where this type of conduct, it's not only disgraceful but it's unacceptable, and I tried to bring that point home. Now of course the Prime Minister wants to split hairs and states that he didn't say it, but when he mouthed it, it was readily recognizable by me as to what he said and what he meant.
Pierre Trudeau: Well what are they, lip readers or something?
Press: Did you…?
Pierre Trudeau: Of course I didn't say anything. I mean that's a…
Press: Did you mouth anything?
Pierre Trudeau: I moved my lips and I used my hands in a gesture of derision, yes. But I didn't say anything. If these guys want to read lips and they want to see something into it, you know that's their problem. I think they're very sensitive. They come in the House and they make all kinds of accusations, and because I smile at them in derision they come stomping out and what, go crying to momma or to television that they've been insulted or something?
[later in the press conference]
Pierre Trudeau: Well, it's a lie, because I didn't say anything.
Press: Sir, did you mouth it?
Pierre Trudeau: [visibly annoyed] What does “mouth” mean?
Press: Move your lips.
Pierre Trudeau: Move your lips? Yes I moved my lips!
Press: In the words you've been quoted as saying?
Pierre Trudeau: [half smile] No.
Press: (After murmurs by other press) What were you thinking… when you moved your lips?
Pierre Trudeau: What is the nature of your thoughts, gentlemen, when you say “fuddle duddle” or something like that? God, you guys…! [walks away]
from: wordlingo.com