The Mighty Pope is one of Canada’s first major Soul artists and black music pioneer who migrated from Jamaica to Toronto in 1966.

He quickly lit up the local music community fronting underground legends The Sheiks, Frank Motley's Hitch-Hikers (where he replaced notorious R&B singer Jackie Shane), and later as a solo act.

Embraced by the UK Northern Soul scene (“If You Want A Love Affair”) and championed internationally by both deep funk and disco DJs for his work with the likes of David Van dePitte (Marvin Gaye-What’s Going On) and Gino Soccio, his career was revived by the Seattle-based Light In The Attic Records Jamaica-Toronto reissue series (2004-2008)

that saw Pope return to live action after a lengthy absence from the spotlight.

Meeting US producer/DJ Sureshot Symphony (The Sharpshooters) in 2007 over jerk chicken and Canadian beer at the second Jamaica to Toronto concert, it took three years for the pair to realize their goal of recording together, bridging cultures, generations, and geography in the process.

“Mr. Fortune & Fame”! Remember, this is a grassroots affair made with love. We need your help in spreading the good word

A damn funky cut from Sureshot Symphony – one that's made even better by raw soul vocals from The Mighty Pope!
, belting out with a late 60s deep soul approach, over some break-heavy funk from the symphony – nice reworked drums and some riffing guitar, topped by a tasty blast of horns!

Whatever Goes Around b/w Rescue Me

Whatever Goes Around b/w Rescue Me

Can't Get By Without You b/w Tower of Strength

Heaven On The Seventh Floor b/w Tower of Strength 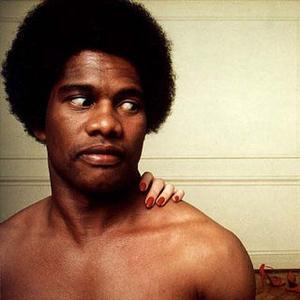