McGhie, Wayne & the Sounds of Joy

Sadly, Canadian reggae musician Wayne McGhie — one of the stars of Light in the Attic's celebrated Jamaica to Toronto compilation — has died. McGhie passed away yesterday afternoon (July 20) in his home in Toronto, LITA reports, after a series of health issues. His exact age is unclear, but McGhie would have been 69 or 70 years old at the time of his death.

While much of McGhie's past remains a mystery, Vancouver-based music historian Kevin Howes (a.k.a. Sipreano), who assembled the Jamaica to Toronto comp (as well as LITA's Native North America series) has penned a touching obit on his blog. You can read it below and check out more of Howes' writing about McGhie over here.
-Brock Thiessen, July 21, 2017

If you've never heard Wayne McGhie and the Sounds of Joy's "Dirty Funk," then you've been missing out on one of the most treasured intros to a Canadian soul track ever recorded. Anchored by the undeniably ear-bending drum break by drummer (and former q guest) Everton "Pablo" Paul, "Dirty Funk" soon blossoms into an organ-girded groove, sprinkled with effervescent guitar work. Given the fact that people have been willing to fork out hundreds of dollars to own the Wayne McGhie and the Sounds of Joy album from which this song is taken, the word treasure is not used lightly.

Released by Scarborough, Ont., label Birchmount in 1970, the album's potential for widespread recognition was cruelly curtailed by a warehouse fire and later by McGhie's health problems. Still, none of these significant obstacles could rebuff the resurgent interest in McGhie's music spurred on by eager vinyl collectors, hip-hop purists and the critically acclaimed 2006 Light in the Attic compilation, Jamaica to Toronto: Soul Funk and Reggae 1967-1974. Indeed, on a list of the greatest Toronto music records ever, Wayne McGhie and the Sounds of Joy is listed in the top 10, and a 2004 Globe and Mail feature on McGhie described it as "a revelation with its Jamaican soul-American funk mix."

McGhie passed away on July 20 and was buried earlier this month on Aug. 12, but the story behind the Wayne McGhie and the Sounds of Joy album is still a largely unknown part of Canada's music history, despite its diasporic creative validity and historic relevance.

Born in 1947 in Montego Bay, Jamaica, McGhie received his elementary musical instruction in guitar from his sister. "I taught him to go up the scale on the guitar and if you ask me now how, I don't know, because he followed his dream and I dropped what I had," says McGhie's older sister Merline. "Dance was my passion, music was his passion."

However, Merline remained close to her brother because of his generosity and was his caregiver in the last years of his life up until his death. "He was kind. He never asked for anything and if he had it he would give it to you. He was kind, he was generous."

With fellow musician Jay Douglas — who would also later move to Toronto for a musical career - McGhie sang and played guitar and tuba at the Montego Bay Boys Club as a child. "It was bigger than him," Merline says of the tuba. "He didn't like it but he did it. But it started from there. He just loved music — anything that [he could] play. My mother had a wash pan and he would hit on it and make music."

Playing in bands as a teenager, McGhie would jump at the chance to perform, but soon he would look elsewhere for opportunities.

McGhie was part of the influx of West Indian musicians heading from the island to Canada: musicians like Studio One veterans Lloyd Delpratt and the legendary Jackie Mittoo, who had worked with Bob Marley and the Wailers and Jimmy Cliff before coming to Toronto. McGhie's sister remembers Mittoo as a regular visitor to their place, drinking wine and playing music regularly with McGhie.

McGhie himself was a catalyst in Toronto's live music scene, recruiting other musicians to join him and adapting his music to suit the Toronto audiences' taste for R&B.

"What distinguished Wayne amongst many of his peers from that era who were active in the live club scene is that Wayne recorded and wrote original material," "He was a composer, a singer-songwriter and guitarist and he excelled in all of those paths. He wrote incredible songs, he had a unique voice. To pay the bills in Toronto, it was R&B and soul — reggae wasn't really on the musical map in those days in Toronto, other than at the Caribbean clubs like Club Jamaica on Yonge Street or the WIF Club on College, where you could hear sounds from the Caribbean."

The songs he wrote included "Chips-Chicken-Banana Split" for Jo-Jo & the Fugitives, headed by Jo-Jo Bennett (the musician who had brought McGhie to Toronto), and "African Wake" by Johnnie Osbourne.

He would record his own album in the winter of 1969 combining his soul, R&B and West Indian musical influences and songwriting prowess and featuring contributions from many Jamaican musicians who had migrated to Toronto.

Due to a lack of attention and promotion and despite the fact it was one of the few Canadian soul records released at the time, Wayne McGhie and the Sounds of Joy didn't generate much attention at the time of its release, and a label warehouse fire exacerbated the situation.

The remaining copies of the album were destroyed in the blaze and the record was not repressed. "All his life's work just went up in flames, so that alone pushed him over the edge," says his sister Merline.

McGhie kept recording into the 1970s, but his passion for music dwindled and his mental health began to deteriorate to the point where he disappeared completely from the scene, separated from his wife and daughter, and suffered from acute schizophrenia.

Meanwhile, the few who heard the album's synergistic brew of soul, funk and Caribbean-tinged rhythms were enamoured and stoked the lore of the recording internationally. So when hip-hop's vinyl-digging era arrived in the early '90s, McGhie's record attracted the curiosity of famous music producers at New York vinyl sales.

It was at one of these sales that Prince Be of the hip-hop group PM Dawn snapped up the album immediately upon hearing "Dirty Funk" — for $300. Renowned hip-hop producer Pete Rock and Gary G-Wiz of Public Enemy would also buy copies of the record.

"The record was changing hands for upwards of $500 to $800, It's because of the playing and the feel of the record. That record became notorious, it got a second life through the world of crate-digging and hip-hop. In that world, everyone is looking for the perfect beat and you want to find the heaviest drum breaks and that one is as heavy as they come by Everton 'Pablo' Paul. It's really hard, it slammed, it hits you right over the head and then it sort of goes into this New Orleans Meters-style funk groove. It's just an undeniable song."

And in an event that brought the Toronto black music continuum full circle, Wayne McGhie was sampled on Ghetto Concept's "Certified," a song that was key in kickstarting the underground mid-'90s Toronto hip-hop era that followed the mainstream success of Dream Warriors, Michie Mee and Maestro Fresh Wes. 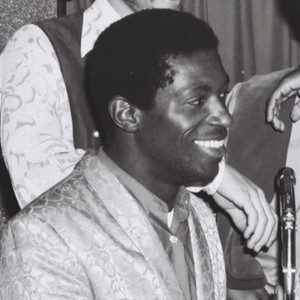 McGhie, Wayne & the Sounds of Joy