Doug was born in southern Ontario and grew up there in a harbour town.

After a high school assembly performance he realized that girls were more interested in his music than in his athletic ability so no more football.

He performed for a summer in Grand Bend, another Lake Huron resort town, and began to write songs.

Toronto, Kingston, Hamilton, Montreal and London became his formative turf, performing at Smales Pace and Knight 11 coffeehouses and, with the help of manager Walter Grasser, stepping up to Toronto's Riverboat and the early festivals across Canada.

Randy Bachman was an early supporter, buying up his publishing (and graciously returning those rights in later years) and Valdy recorded two of Doug's songs on A&M records, giving his career a certain early legitimacy.

Doug started to release albums of original material in 1974 and was among the first Canadian folk artists to self-release their albums outside of the regular music labels.

​He toured in the Maritimes and New England with Stan Rogers in the early days and continued across the country with Garnet Rogers after Stan's passing.

Doug toured along the California coast with San Francisco singer Jeffra and they recorded a well respected CD "Angels of the Mission Trail".

Turning to arts administration, Doug was one of three directors of Winnipeg Folk Festival, worked at Roy Thomson Hall and the du Maurier Jazz Festival, Gathering at Island Lake in BC, before continuing on as Artistic Director and CEO with Festival of Friends and Eaglewood.

In 2004 Doug moved to Wakefield, Quebec where he found a relaxed and productive artistic milieu.

​He founded and continues to run Wakefield Sound & Light, a successful business recording, filming and producing various CDs and videos.

Over the last couple of years, Doug has developed his interest in the visual arts, taking up photography, wood carving and painting.

WS&L has become the umbrella organization for his various artistic pursuits.

Resume
Currently owner and engineer at Wakefield Sound and Light, recording videos and CDs.
Producer of "Stonehands", a video series on the rebuilding of the Canadian Parliament buildings.

Letters from the Coast

Letters from the Coast / Sisteron (re-issue) 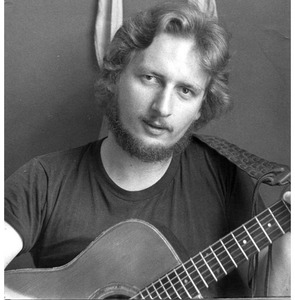