For nearly a decade Martin has been on an extensive musical journey. From recording her debut album Pretty Things (2002) in Austin, Texas, to opening for Wilco, it was clear that music was her path. It was not long after she returned home to Halifax, Nova Scotia she started playing the café/bar circuit and met esteemed musician Dale Murray (Cuff the Duke). On a whim they recorded Two Hearts (2008), an album that won her Pop Recording of the year at the 2009 East Coast Music Awards, as well as two Nova Scotia Music Awards for Female Artist of the Year and Pop Recording of the Year in 2008.

Martin and Murray teamed up once again to produce I Can Too which features guest appearances by Blue Rodeo’s Greg Keelor and Cuff the Duke’s Wayne Petti. The album showcases the songwriter in her finest form. With her ethereal voice, tracks like “I Fear I Am,” conjures up classic rock jangles and the rhythmic sway of Roy Orbison. “Daisy,” draws on Tom Petty’s nostalgic narrative-driven approach to the craft, while Murray’s lap steel on “Hello,” echoes the melodic slide-guitar playing of George Harrison. But it’s title track, “I Can Too,” that is the album’s pinnacle. This song opens with Martin almost whispering her hearts confessions, while Murray’s instrumentation slowly builds layers among Martin’s soaring vocals. The song embodies the sentiment of the record; it’s bold, rhythmic, vulnerable and inspirational. This album highlights her talent and natural capabilities as an eminent songwriter.

Martin can hold her own on stage, whether it’s in a living room, a train car or in a stadium, she connects deeply with her audience. With a voice that elicits Sheryl Crow and Lucinda Williams comparisons, Martin has performed with Matt Mays, Cuff the Duke and Jimmy Rankin. She takes listeners into the caverns of their hearts, examining both the light and darkness. Whether she’s softly serenading with an acoustic number; or perfecting her rock n’ roll swagger, Martin is at home in the spotlight.

Since the release of Two Hearts (2008), Martin has toured extensively, making the long trek across Canada and throughout the United States, as well as crossing the Atlantic touring in Ireland. Her songs have made their way into films, including Sex Traffic (2004) and The Best Years (2009). She can also be heard playing as a member of the Halifax alt-country super-group ‘The Prospectors Union’. 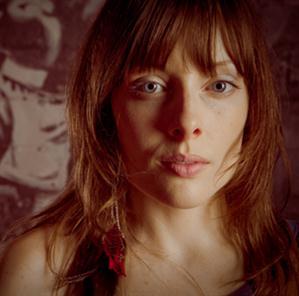