This group started out as an amateur trio called The Shan-de-leers (line-up A), but in mid-1967 line-up A decided to turn professional and added David Lodge on bass. By November 1967 they changed name to Major Hoople's Boarding House after the Major Hoople comic strip. In their early days they were a popular nightclub attraction around the Kitchener and Ontario area. When they signed to Axe in 1974 they enjoyed a Top 30 hit with I'm Running After You in October 1975 and a couple of their subsequent efforts made the lower reaches of the Canadian charts too.

In 1976 James Leroy became their leader and they became known as simply Boarding House. Leroy died in 1979. They continued to record until the end of the eighties, though David Lodge died in late 1986 and Rocky Howell was the only original band member from their early days. Two albums were released in the eighties:- The Hooples Album (1981) and The New Adventures Of Hooples (1986). In 1988 Howell put together a new group called Boardinghouse to commemorate the groups 20th anniversary.
-Dreams, Fantasies Nightmares

After recording with several producers without success; in 1975, bass player David Lodge brought a song he wrote to producer Greg Hambleton, who immediately signed the band. Their first Axe Records single "I'm Running After You" was recorded with Rocky, David and band members Keith Stahlbaum, Dave Gooding, Peter (Moss) Beacock and Ed Miller. It became an instant hit on Axe and was released several months later in the States on Larry Uttal's Private Stock label. This was followed by "You Girl" and “I've Got You On My Mind”. After a few years off the road, the original band members re-united and recorded "Someone" (1980), “Loving You”, “Easy For Me”, "We Can't Give Up" and several more songs to complete The Hooples Album. Through all the changes, there is no mistaking Hooples unique vocal blend featuring Rocky Howell's distinctive lead vocals.

The New Adventures Of Hooples

I'm Running After You b/w Questions in Mind

Someone b/w Loving You 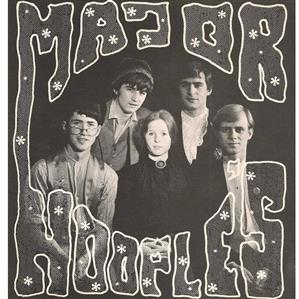