Matching pure and ethereal vocals with poetic lyrics and her uncompromising song writing craft, there is no doubt as to why Catherine MacLellan has become one of the most celebrated new singer-songwriters in Canada, and around the world, by her contemporaries and media alike.

Voted ‘Critics Favourite New Discovery’ by Penguin Eggs Magazine in 2008, Catherine has quickly built up a loyal fan base and has been a hit with critics worldwide. Her last album Church Bell Blues hit #1 on the iTunes Canada Roots charts, received critical acclaim and comparisons to Joni Mitchell from international magazines such as Q, Maverick, fRoots, the Austin Chronicle, and Boston Globe. She toured with Bruce Cockburn in the USA and with Steve Forbert in the UK, showcased in Paris, Cannes, Berlin, New York, London, and Memphis.

Water in the Ground is the highly-anticipated third release from Catherine MacLellan—a stunning collection that features some of the most prominent roots musicians in Canada, including Treasa Levasseur, Justin Rutledge and David Baxter.

A lighter and more cheerful mood is prominent throughout the CD. From the first track the catchy “Take A Break” to the finale “Flowers on Your Grave”, Catherine manages to help the listener get lost in the songs and musical conversations. It is like passing time with an old friend.

Water in the Ground 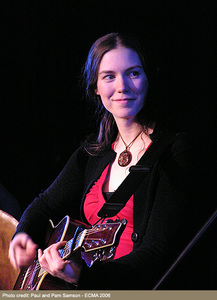 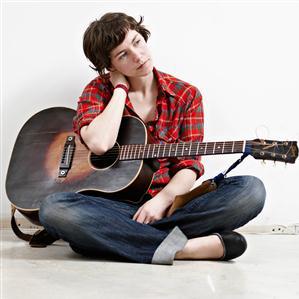