Incredibly drawn to the Halifax music scene, Ashley packed up her VW Station Wagon and migrated east in 2000. After one year, Little Miss Moffat put together the eye opening E.P. entitled "Oh, Come Off It" (2001), with some local rockers. It was well-received and earned Moffat a place in the local music scene.

LMM's newest work, "Miss Canada," was released in Halifax on December 11th, 2003. Recorded by Charles Austin at Ultramagnetic Studios, this 10-song album went on to become nominated for a prestigious ECMA (East Coast Music Award) for “Folk Recording of the Year”.

The album was co-produced by Joel Plaskett and features Joel, Gabe Minnikin, Benn Ross, Lukas Pearse, Mark Bragg, Dale Murray, and Brent Randal. “Miss Canada” was a highly anticipated, self-funded project that was recorded on 1" analogue. It has a warm sound that will make your heart melt.

Ashley, Charles, and Joel have reunited at Ultramagnetic Studios (The Mullet), to work on Moffat’s newest material. A solo album is being conceived with songs that have been compared to Gordon Lightfoot’s work, circa the 1970’s. Majoring in Geography during her university years, and presently living in a trailer in Kejimkujik National Park, Ashley’s words and melodies increasingly draw comparisons between wilderness and the human condition. 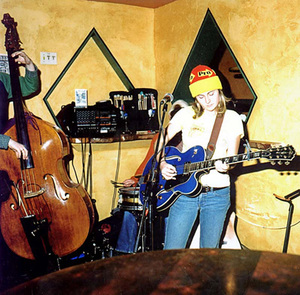 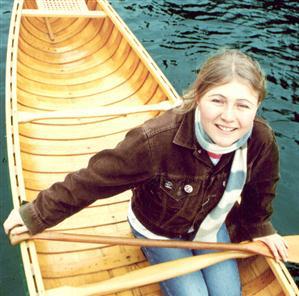