Throughout the 20th century, Canada has seen no shortage of fantastic singer-songwriters. It's vast, beautiful, landscape and deep history of folk and country music have lent themselves heavily to young songwriters over the decades. A handful have become nationally or internationally recognized and respected, but many have washed away in the sands of time. Obscurity's a cruel fate for any artist, especially those with a story to tell. With no initial recognition and serious lack of preservation in the intervening years, it doesn't spell well for the many talented Canadians who committed their music to tape.

One whom fascinates to no end is Carol Lipson [Lipszyc]; a young hungry singer/songwriter from Toronto, who released her lone studio album in 1973. It represents a very talented young lady, whose voice is equally at home with the likes of Joni Mitchell and Beverly Copeland. This album features all original material, written and sung by the then seventeen year old Carol; who also plays piano on the record. Along this digital preservation quest of Canada’s vinyl history, few albums have been of more interest than hers.

Carol Debra Lipszyc was born on August 28, 1955 in Toronto. Both her parents were adolescent Holocaust survivors of Poland and Belarus who settled in Toronto during 1952. In her youth, Carol attended McMurrich Public School. She didn't come from a musical family but found her love of singing early on, listening to various show tunes. It wasn't long before she was singing in youth choirs, both in English and Hebrew.

The Lipszyc family moved to a house on Bathurst St. around the fall of 1965. Carol then attended Dufferin Heights Junior High. While she studied at the school, she began singing solo in front of a group. Between the ages of ten and thirteen she sang acapella at luncheon celebrations (bar-mitzvahs). She began studying piano around the age of eight.

Carol's professional singing start came at the ripe young age of thirteen when she made her debut on CBC Radio. The show in question was the Bruce Marsh hosted "What's New" a show which she performed on for a few weeks. This netted her a recurring role at fifteen on another CBC Radio show "9:15 Alarm Clock." This show (produced by Eithne Black) featured Alan Thicke, Maribeth Solomon, the late Mickey Erbe, Brian Russell and Brenda Gordon, among others. Alarm Clock was important for Carol as it represented a shift in her approach, moving from show tunes to pop. She also appeared a number of times as a guest vocalist alongside Juliette and Alex Trebek who co-hosted a CBC radio show at the Colonnade Theatre; the show was called “The Afternoon Show.”
Carol’s talent was un-deniable. By early 1973 she had caught the attention of Audat Records. An old friend and gig-mate of hers, Vern Kennedy had co-founded the label with Bob Stone and was acting as the A&R man. He insisted that she should record an album of her original songs. With little convincing, Carol was on her way to Halifax with Vern to record at famed Audio Atlantic Studios in Halifax. This was the place where many “Boot Records” are recorded as well as most music on the Audat label.

Audat was an Oshawa based, Country & Folk label with its focus on the Maritimes. That being said, many rock and psych albums snuck through the cracks, and now fetch big bucks. Bands like Borealis, Gord Tracey & The Constellations, Brothers & One and The Neighbours Kids; solo acts like Gisele Pilon, Ed Roswell and many more.

Carol was set up with top studio players, including Eric Robertson on keyboards. Vern Kennedy handled the arrangements for all of her songs and Al Feeney handled the mix. The album represents a very talented young lady, with a lot to say. All songs were written by the then seventeen year old Carol. The songs convey a (mostly) sunny, orchestrated, acoustic-pop vibe; with vocals comparable to Joni Mitchell or Beverly Copeland. One of the gems of the album is “Ballad Of The Old Man.” The song is lyrically and musically a standout, creating a longing, nostalgic mood and painting a bittersweet story of growing old alone.

Excitement around the release of Carol’s debut was growing. There was genuine faith in the songs and their ability to reach a larger audience. But unfortunately, it was not to be. Other than pockets in Halifax and Toronto, the album really didn’t perform well. Perhaps it was lack of proper promotion? Nonetheless, this left Carol in a tough spot. But one thing she was known for and would become more known for in her later years was perseverance.

Two of her songs went on to be covered by other artists; “Pickin’ Plums” a track that Johnny Cowell covered on his 1973 Audat album (released just after hers), and “Bring It Down” which was covered by The Oak Island Treasury Department, also in 1973.

After Carol's debut album failed to find any success, she'd continue on as a songwriter and performer. She appeared on countless T.V. and radio shows; (with hosts like June Callwood, Martin Short and Peter Gzowski) she did stints in Toronto piano bars, sang and played with many local and visiting jazz luminaries, as a vocalist with the late Paul Grosney (which opened up her ears) and generally just tried her hand at breaking into the business in whichever manner she saw fit. Her time playing in piano bars and with jazz musicians was integral to her growth as a musician and songwriter. It highlighted for her the importance of melody line, especially in relation to starker arrangements. “You were compelled to sing well-constructed songs where possible” says Carol.
Her twenties were a time of risk-taking, and evolving disillusionment with the music industry. She drifted along, taking whatever music-related work she could, while focusing on her craft as a songwriter. Her songwriting continued to improve, and this compelled her to re-enter the recording studio, most often with Jack Lenz as producer, cutting a number of demos throughout the 1980’s. Apart from a short stint on Adult Contemporary Billboard Pop chart, with “Down on the Streetcorner” (a song she penned with the late Danny Deardorff), none of the songs managed to gain any traction. Carol, undeterred, continued on in the music industry until her mid-thirties, upon which time she re-entered university to train to teach ESL.

Carol embarked upon a journey to re-educate herself, acquiring Masters and Doctoral degrees in Education at OISE, University of Toronto, while teaching diverse students populations, and often integrating music as a teacher. A literacy/ESl Reader, “People Express,” (published by Oxford University Press in the late 1990’s) included her self-penned chants and songs as a teaching strategy to help new immigrants with little education.

Her children’s CD, If You Try and Imagine, orchestrated and engineered by Donald Quan, was conceived of during her teaching certification training in St. Catharines – she believed in the power of integrating curriculum with songs and chants to address multiple intelligences.

Eventually armed with her doctorate in education, Carol found a tenure-track position at an upstate SUNY College where she taught English teacher education and creative writing until retirement. During that fruitful and fulfilling period, she published across genres including: a book of lyrical poetry, Singing Me Home (Inanna 2010); a book of short stories on children in the Holocaust, The Saviour Shoes and Other Stories (Inanna, 2014); an anthology of poems on the heart, The Heart is Improvisational (Guernica, 2017); and a chapbook, In the Absence of Sons (Kelsay Books, 2020) as well as arts-based educational articles in international journals.

Carol represents a woman of true courage and tenacity. She was a person who believed in her art and her ability as a songwriter; whenever she was beaten down by the industry she got back up and fought harder. After her journey of re-education in the 1990’s she attacked the arts world with a new purpose: teaching others, especially children. She’s a multi-talented, warm-hearted person who deserves further recognition for her works; I especially think her 1973 album deserved further inspection. 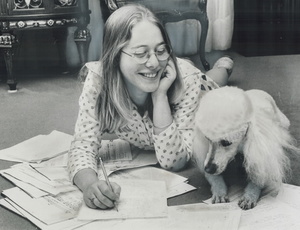 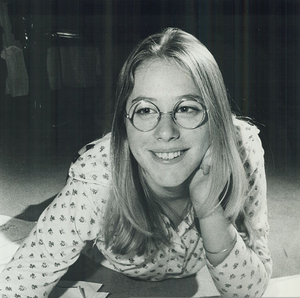