Monique Leyrac, née Tremblay, singer, actress (b at Montréal 26 Feb 1928). Monique Leyrac's fortunate combination of musical and theatrical talents have enabled her to imbue her performances with emotional intensity. Leyrac studied acting with Jeanne Maubourg before her radio acting debut in the role of Bernadette in Franz Werfel's Le Chant de Bernadette on CKAC in 1943. She began singing a few years later, performing alongside Charles Aznavour, Pierre Roche, and Jacques Normand and drawing on a repertory of French music (including that of Édith Piaf) and South American songs. Leyrac slowly developed an interest in the Québec chanson and in 1965 won the grand prizes at the International Festival of Song in Sopot, Poland (performing MON PAYS by Gilles VIGNEAULT), and at the Festival de la chanson in Ostend, Belgium.

Monique Leyrac has acted in several films and plays, including Paul ALMOND's film Act of the Heart, The Threepenny Opera at the STRATFORD FESTIVAL, and the THÉÂTRE DU NOUVEAU-MONDE's 1995 production of Michel-Marc Bouchard's Le voyage de couronnement. In Montréal's Le Patriote and Gesù Hall, and on tours of Québec, Ontario, and later Paris, she recited and sang the poetry of Émile Nelligan. In the 1980s she combined her talents of acting and singing in one-woman shows such as Divine Sarah and Les paradis artificiels. She played the role of Laurence in Radio-Canada's Des dames de Coeur from 1986 to 1987, and won an award for best supporting actress as Bélize in the Nouvelle Compagnie Théâtrale's 1990 staging of Molière's Les Femmes savants.

Leyrac was named an Officer of the ORDER OF CANADA in 1967 and was given the 1979 PRIX DE MUSIQUE CALIXA-LAVALLÉE. In 1997, Leyrac received a GOVERNOR GENERAL'S PERFORMING ARTS AWARD and in 1998, she was inducted as a Knight (chevalier) into the NATIONAL ORDER OF QUÉBEC. She was recognized for her life's work at a Gala event in Montréal in 2006, where she received the Quebecor Prize for Song.

Ashes of the Flame b/w Zabadak 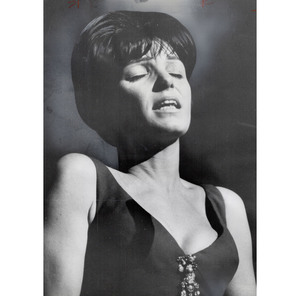