Life
After working 1948-55 as a reporter for the Hamilton Spectator, the Toronto Telegram, and the Montreal Star, Lees was music and drama critic 1955-9 for the Louisville (Kentucky) Times and editor 1959-62 of the jazz magazine Down Beat (Chicago). Working on a freelance basis, he also wrote for Stereo Review (New York) and High Fidelity (Great Barrington, Massachusetts), Maclean's, the Toronto Star, the Toronto Globe and Mail, The New York Times, and other publications. He contributed liner notes to close to 100 recordings of artists including Stan Getz, John Coltrane, and Quincy Jones. In 1967 he published a novel, And Sleep Until Noon. He received the ASCAP-Deems Taylor Award in 1978 for a series of articles published in High Fidelity about US music, and won the award on two subsequent occasions. In 1981 he established his own monthly Jazzletter (Ojai, California), which became an influential source of informed opinion, by Lees and others, within the industry.

Books Authored by Lees
In the 1980s Lees began to focus his attention on longer works of prose. In 1981 he published The Modern Rhyming Dictionary: How to Write Lyrics. He followed this with three compilations of pieces from Jazzletter: Singers and the Song (1987), Meet Me at Jim & Andy's (1988), and Waiting for Dizzy (1991); and a biography, Oscar Peterson: The Will to Swing (1988). Other biographies have included portraits of Lerner and Loewe, Woody Herman (written with Graham Lees), and Dave Brubeck (with Fred M. Hall). In 1989 he collaborated with Henry Mancini on the composer's autobiography, Did They Mention the Music? Always known for his first-person reminiscences of musicians, Lees combined biography and autobiography in Cats of Any Color: Jazz Black and White in 1994 and You Can't Steal a Gift: Dizzy, Clark, Milt and Nat in 2001. In 2003 he published another autobiographical work, Friends Along the Way: A Journey Through Jazz.

Songwriting
Lees, who studied composition by correspondence with the Berklee College of Music, Boston, in the early 1960s and piano with Tony Aless and guitar with Oscar Castro-Neves in New York, wrote the lyrics for many pop songs during the 1960s. Among them: 'Quiet Nights of Quiet Stars,' 'Someone to Light Up My Life,' 'Song of the Jet,' and 'Dreamer,' to music by Antonio Carlos Jobim; 'Paris Is at Her Best in May' and 'Venice Blue' (Charles Aznavour); 'Bridges' (Milton Nascimento); 'Yesterday I Heard the Rain' (Armando Manzaneiro); and 'Waltz for Debby' (Bill Evans). The most successful, 'Quiet Nights of Quiet Stars,' was recorded by more than 150 performers, among them Tony Bennett, Perry Como, Vic Damone, Peggy Lee, Sergio Mendes, Frank Sinatra, Sarah Vaughan, and Andy Williams. Lees later translated several poems by Pope John Paul II for the song cycle One World, One Peace, recorded in 1985 by Sarah Vaughan.

Recordings, TV, Radio
Lees launched his singing career during a Canadian sojourn 1970-5 with a CBC LP (LM-117), released commercially as Bridges: Gene Lees Sings the Gene Lees Songbook by Kanata (KAN-2), the Toronto company of which he was president 1971-4. (Kanata also released LPs by Tommy Ambrose and Bruno Gerussi, Guido Basso, Peter Foldy, the Governor General's Foot Guards Band, Milan Kymlicka, Matt Lucas, Ray Materick, Doug Randle, and the Travellers.) During this period, he starred briefly in 1971 in his own late-night CBC-TV show, appeared as a commentator or singer on other CBC Toronto and Ottawa TV and radio series, and was host 1973-4 for Toronto radio station CKFM's 'Gene Lees and Friends.' In 1998 he released Gene Lees Sings Gene Lees (Unity 1286), recorded with some of Toronto's leading musicians, including Mike Murley, Don Thompson, Neil Swainson, and Barry Elmes. With pianist Roger Kellaway he recorded Leaves on the Water for Choice (6832).

Yesterday I Heard The Rain 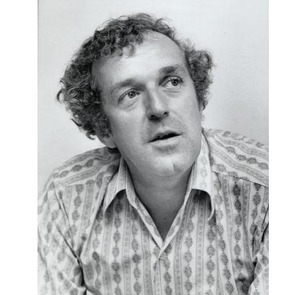