Claire Lawrence (born 1939) is a Canadian musician who was a founding member of the Canadian band The Collectors, and remained with the group when it transitioned to Chilliwack in 1970. He performed on keyboards, flute, saxophone, and piano. He left Chilliwack in 1971 after several albums with the band and subsequently produced albums for a number of Canadian artists and groups including Ferron, Susan Jacks, Valdy, Shari Ulrich, Roy Forbes, 1979- (Nancy Nash with Robbie King CBC), UHF and Connie Kaldor.

Lawrence was born in Elk Point, Alberta. At the age of thirteen he began performing on the saxophone with his father's jazz band in night clubs in Victoria. He attended the University of British Columbia.

While attending university in 1964, Lawrence started a band called The Classics. This group later became The Collectors. When that group changed its name to Chilliwack, Lawrence continued to perform with them for some time before leaving to concentrate on production work.

In the early 1980s he fronted the Claire Lawrence Band, which performed in western Canada. The band released a self-titled album in 1981.

In 1985, Lawrence produced the album Moonlight for Connie Kaldor, and performed with her in support of the album. From 1986 to 1990, he scored the music for the long-running CBC series, The Beachcombers. Between 1991 and 1994 he wrote the theme and incidental music for the CBC teen drama Northwood, shot in North and West Vancouver, BC. In the late 1990s he wrote the theme music used in the first two seasons of the CTV series Cold Squad. From 2000 to 2006 he produced Jazz Beat for CBC Radio 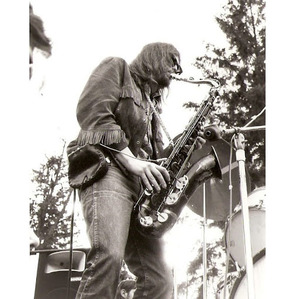