Lava Hay were a Canadian folk rock duo formed in 1989 in Toronto, Ontario, consisting of Suzanne Little and Michele Gould. Little and Gould first met in 1986, while working at Now. In 1989 they recorded an album together with the intention of distributing it independently, but it soon came to the attention of Nettwerk.

The duo signed to Nettwerk and remixed the album, bringing in members of The Grapes of Wrath, Bob Wiseman and The Water Walk for guest appearances. That album was released as Lava Hay in 1990. The duo's collaborations with The Grapes of Wrath soon took on an added component: Gould began dating Vincent Jones and Little began dating Tom Hooper, and both couples later married. Because of their close professional and personal relationships with the Grapes, the band sometimes struggled against a perception in the music press that they were merely puppets of their husbands' band rather than real musicians.

Lava Hay's second and final album, With a Picture in Mind, was released in 1992. That album's single "Don't Tell Me" was the band's highest-charting single in the RPM singles, with a peak position of 64. However, the album was also noted for being less artistically cohesive than the debut; while Little's songs retained the folk flavour the band was known for, Gould's were rapidly evolving toward a rock style strongly influenced by one of her first musical heroes, Chrissie Hynde.

After Lava Hay broke up in 1994, Gould formed the band Taste of Joy and Little released material as a solo artist.

With A Picture In Mind 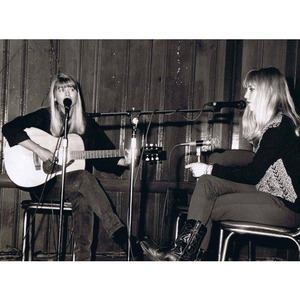