Also called Kiowarini - his traditional name - François Vincent is a Wendat singer-songwriter. His name means "he who sings the soul of his people". Francophone songwriter, he is famous in Quebec for his pioneering work and his unique family heritage: the artist comes from the family of Prosper Vincent, the first Catholic priest Wendat (Huron) ordained in 1870 and one of the last speakers of the Wendat language. François Vincent studied singing at the Académie des Trois Arts in Quebec, and then recorded his first album, Kiowarini, in 1973. His famous song Le Huron vagabond made him a star of his generation and a Wendat cultural ambassador. Attached to revitalizing, researching, interpreting and documenting the traditional songs of his nation, he participates in numerous films, documentaries and television shows. He was notably invited to speak during the celebration of the Great Peace of Montreal in 2001. His song La Huronne, composed by Huot and Lavigueur, is a Wendat national anthem. 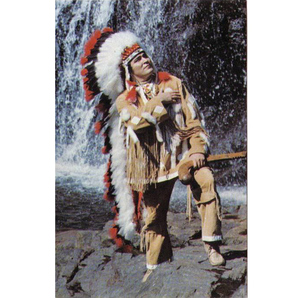