Popular Montagnais duo - the singer-songwriters and guitarists Florent Vollant (b Maliotenam, near Sept Îles, Que, 10 Aug 1959) and Claude McKenzie (b Labrador, NL, 11 Mar 1967). Kashtin means 'tornado' in the Montagnais' Innu aimun language. McKenzie and Vollant began singing together in 1984 and performed at the Innu Nikamu festival at Maliotenam and for other Native communitives along the Lower North Shore of the St. Lawrence River.

At the initiative of the Montreal composer and producer Guy Trépanier they made the album Kashtin (1989, Trans-Canada PPFL-2009), which sold more than 200,000 copies internationally and included the Quebec hits 'E Uassiuian' (also known as 'Mon enfance' or 'My Childhood'), 'Tipatshimun' ('Chanson du diable' or 'Song of the devil'), and 'Tshinanu' ('Nous autres' or 'Ourselves'). The last has been described as an Innu anthem. All are sung in the Innu Aionun language; some have been given French and English titles to facilitate radio and TV (video) introductions. Kashtin received Félix awards in 1990 as best debut and best country-folk album. A second album, Innu (Musicor PPFL-2011, CD and cass), was released in late 1991 and included one song in English, Willie Dunn's 'Son of the Sun'.

Kashtin's songs, in country or contemporary folk styles, are characterized by simple but spirited refrains sung in throaty harmony over vigorous, acoustic guitar rhythms. Accompanied by a small instrumental ensemble, Vollant and MacKenzie have toured widely in Quebec and performed for Canada Day ceremonies on Parliament Hill, Ottawa in 1989, and at Harbourfront, Toronto, in 1990. They made their debut in France in 1989, returning some 15 times by 1991 - eg, for five-day engagements in Paris at the Théâtre de la Ville and La Cigalle, and as part of tours with the Gipsy Kings (to whom they have been compared) and Daniel Lanois. With Lanois they also gave concerts in Belgium and Switzerland. Kashtin made its US debut in 1990 at the New Music Seminar in New York.

Ardent defender of Quebec’s nature and rivers,
Artiste pour la Paix and spokesperson for the First Nations Garden
Innu author, composer and singer Florent Vollant was born in Labrador in 1959 and grew up on a reserve named Maliotenam, east of Sept-Îles. He began his musical career in the middle of the 80s and helped to create the Festival Innu Nikamu, which, since its founding, has brought together many musicians and singers from various Amerindian nations.

When Florent Vollant joined forces with Claude McKenzie, another young Innu, the duo Kashtin was born. From 1989 to 1995, the group recorded Kashtin, Innu and Akua Tuta, three albums which earned them four Félix awards and the chance to perform not only in Quebec and across Canada, but in France, Belgium, South Korean, the United States, Bolivia and the list goes on. The duo wrote and recorded the sound track for Arthur Lamothe’s film Le Silence des fusils/Silencing the Guns and were the first indigenous group from Quebec to be recognized internationally.

Ardent defender of Quebec’s nature and rivers, Florent Vollant received the title of Artiste pour la Paix in 1994. Spokesperson for the First Nations Garden (Jardin botanique de Montréal), he took part in La Grande Paix, the grandiose closing concert of the 2001 FrancoFolies de Montréal. As well as collaborating on the albums of Richard Séguin, Robbie Robertson, Marc Déry and Zachary Richard, Florent Vollant remains a constant presence in his community in Maliotenam. He initiated a project close to his heart: the Studio Makusham, both a professional recording studio and a training centre for young native musicians.

In 1999, he recorded a Christmas album in the Innu language with his good friends Richard Séguin, Zachary Richard, Luce Dufault, Ray Bonneville and Lucien Gabriel Jourdain. Entitled Nipaiamianan, the album won a JUNO at the Canada’s Music Awards. Katak, his second solo album put together with friends and colleagues, was released in October 2003. In April 2009, after participating in many musical projects, Florent then released his third album Eku Mamu.

In 2011, in addition to offering an intimate concert at the Bonsecours Market First Nations exhibition, he became spokesperson for a gala dedicated to Aboriginal music, the Teweikan Gala. From 2010 to 2013, Florent also lives a very good experience. He hosts the four seasons of the TV show Makusham, aired on the APTN network and brings together artists from different backgrounds. Aboriginal people, Acadians and Quebecers celebrate cultural diversity. In 2013, he left for Les Déferlantes in Portes-Lès-Valence and then traveled with his songs to Pully then everywhere in Quebec and Canada.

At the end of 2014, his new Montreal management and production house Instinct Musique (Éric Lapointe, Hugo Lapointe and Valérie Lahaie) reissued the album Nipaiamianan on CD and in digital format since it has often been named as one of the best Christmas records . Then, spring 2015 marks the release of a fourth solo album, entirely created at Studio Makusham in Maliotenam: Puamuna. Meaning “dream” in the Innu language, Florent Vollant returns to the very source of traditional Innu singing, where everything originates: in the dream

Initiator and mentor of the Chansons Rassembleuses, with the collaboration of Alan Côté of the Petite-Vallée Song Festival, he is delighted that this residency for writing songs between young Aboriginal and non-Aboriginal artists is held every summer since its creation in 2017 .

In August 2018, Florent Vollant was named spokesperson for Re-Connaître, a new arts support program of the Quebec Council for Arts and Letters (CALQ). The following month, he ensured the Innu narrative of the chamber opera Chaakapesh: The Trickster’s Quest on the stage of the Maison symphonique during the opening concert of the 85th season of the OSM. This show, based on an Aboriginal legend, is then the subject of a memorable tour in the Far North as the Orchestra visits six First Nations communities. “It was so beautiful and moving, a real meeting,” said Florent Vollant, narrator for the two representations of the Innu tour, in Mashteuiatsh and in his community Uashat Mak Mani-Utenam.

It is also in the fall of 2018 that he released a new album composed of 11 titles in country-folk and tex-mex colors: Mitsha Meshkenu. Meaning in Innu “the great road”, Mitsha Meshkenu is the 138, the oldest road in the territory that Florent Vollant, the nomad, has traveled a lot. “The 138, I made it in urgency, in the storm, at night, tired, in autumn, in the rain, in the mist, against the wind, on foot, hitchhiking … There is just backwards that I did not do it! “, He says, with humor, in La Presse. The release of this 6th solo album, warmly welcomed by the critics, will be followed by a tour of shows that will take him to the European stages in France, Switzerland and Belgium in the spring of 2019.

The past few years have been punctuated by numerous awards and distinctions. First, in May 2017, Florent Vollant received the title of Compagnon des arts et des lettres du Québec, an important distinction awarded by the CALQ. He was also awarded the “Best Artist” and “Best Album” awards for Puamuna at the Teweikan Gala the following autumn. In addition, winner of the European Jury Prize SODEC-Bourse Rideau in February 2018, he was decorated in June with the prestigious Gold Medal of the Lieutenant Governor of Quebec. 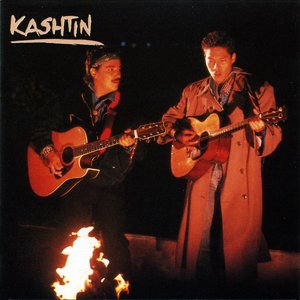