Ask most musicians about the inspiration behind their latest magnum opus and, at best, you’ll get some barely thought out guff about wanting to emulate the Beatles/Kraftwerk/Miles Davis/insert any other exalted artist within the canon of popular music. At worst you’ll be confronted with shoulder-shrugging indifference: “Just listen to the music, man.”

Ask Junior Boys’ Jeremy Greenspan about what motivated the making of his and partner Matt Didemus’ fourth album, It’s All True, however, and you’re soon basking in a multitude of cultural, geographic and gastronomic touchstones: namely Orson Welles, Howard Hughes, China, in particular Shanghai, Japan (the band, not the country) Banana Ripple ice cream, Carl Craig and analogue synths, but mostly Orson Welles.

But then Junior Boys, as their three albums to date (2004’s Last Exit, So This Is Goodbye from 2006 and Begone Dull Care from 2009) attest, are not like other outfits. Musically, they marry everything from post punk, disco, techno, R’n’B and electronica with soul, dubstep, house, splintered pop and traces of world music into one cohesive whole. They are at once warm and inviting, yet ice cool; clever but instantly accessible; mercurial and utterly fascinating – all descriptions that go some way to defining their most comprehensive musical statement to date, It’s All True.

So just how do you go about fusing the aforementioned, seemingly disparate, influences into a creative and vibrant body of work? The answer lies in Orson Welles final film, F For Fake. Essentially a movie-cum-documentary about art forgery, many of the oblique themes that abound in F For Fake resonated with Greenspan. Especially after Junior Boys last album, a conceptual piece about little-known Canadian animator Norman McLaren, failed, in Greenspan’s words, “to gain traction with people”. “F For Fake is in many senses a cynical movie about how art is more about gimmickry and branding than it is about the art,” explains Greenspan from his home in Hamilton, Ontario. “And that was how I was feeling about the music industry. By the time of Begone Dull Care it had become as much about marketing strategies and viral clips as it had the music. All this began to weigh down on me. And so the more I read about Welles the more I became fascinated by him.”

A two-month sojourn to China lightened the mood (“All the pressures of hype and what have you just melt away when you’re faced with a society that doesn’t know you or your world,” a relieved Greenspan explains) and it was while in Shanghai that some of the musical ideas and sketches that Greenspan had been working on back in Canada began to take shape. Indeed, he feverishly worked with and recorded a number of local musicians for the album while out in China. Soon after Didemus flew back to Ontario from his new home of Berlin and following two month-long stints of writing and recording, It’s All True came together.

The result is nothing short of extraordinary. Thematically it’s provocative, angry and ultimately conciliatory (it doesn’t take a relationship counsellor to recognise It’s All True is also a break-up record), but musically this fractious undercurrent plays itself out in a hive of weird and effervescent electronic pop. In an among opener Itchy Fingers’ stuttering beats, neo soul and Chinese harps there are echoes of 80s synth-pop heroes Talk Talk and Japan, while the beautifully sparse and emotive Playtime comes on like a slo-mo torch song at sunset.

Elsewhere there are shades of hyper cool Berlin techno on the laidback Improve Me; fractured R’n’B on A Truly Happy Ending and haywire robotic funk on the instrumental Kick The Can. Meanwhile, the wistful Second Chance, which out broods the current star of melancholic dance music Jamie Woon, talks about the danger of living in the past with its nod towards burned-out ravers, and the closing Banana Ripple is an utterly bonkers anthem that sounds like DaM-Funk fronting X-Press 2 and is a suitably joyous and hopeful denouement. In essence it’s an album made by someone utterly immersed in the art and process of making music.

“It’s a complete compulsion,” Greenspan confides. “I became obsessive with the sound and being in the studio. It is an album born of someone who loves being in the studio. Everything I want is in my studio: it’s tiny, hot and in complete disarray. There are cables everywhere.” Such an approach is most explicit in Banana Ripple. An ode to reclusive film mogul Howard Hughes and his short-lived penchant for banana ripple ice cream. The track was conceived as a way of capturing the madness of Hughes’s later life. So although Junior Boys might be known for their way with minimalism, Greenspan wanted to go sonically where he had never gone before. “There’s 170 tracks of audio on there,” he laughs. “I wanted to overwhelm people. There’s so much on there whirring around. It’s insane, but at the same time really precise. Like the rest of the album I wanted it to be viscerally immediate.”

And what of the album’s ostensibly confessional title? Well, again a Welles-like sleight of hand is at play. It’s All True was to have been a quasi propaganda film made by Welles during World War II in Brazil. In true megalomaniacal fashion the film went ridiculously over budget, it was never finished and is oft cited as further evidence of Welles wilfully squandering his voluble talents. Which is something that can’t be said of Junior Boys. Believe us; it’s all true.

So This is Goodbye

So This is Goodbye (special edition)

In the Morning - Equalizer (EP) 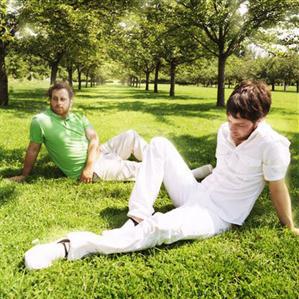