During the early 1980s Jeacocke starred in the CBC-TV musical The King Of Friday Night and worked as a backup singer for Gordon Lightfoot, Rita MacNeil, Glass Tiger and Kim Mitchell. In 1985 Jeacocke released her first single "You Get To Me". In 1986 she released her first album Feel It and was nominated for "Most Promising Female Vocalist of the Year" at the 17th annual Juno Awards, in Canada. Much of her financial success in music was in singing jingles for many 1980s Canadian broadcast advertisements.

She signed a contract with BMG in 1989 and released her second album Sheree. The first single, "Woman's Work" became her biggest hit as a lead vocalist, hitting the Canadian Top 10 in February 1990. The song was later reprised by Tina Arena, among others. In 1990, Sheree participated in the Best Guy movie soundtrack, released in Japan, on which she sings "Best Guy", "Woman's Work", "Bang On" and "Where Do We Go From Here?". In 1993, she released her third and last album, Miss My Love, whose singles were the title track and "Serious".

After her contract with BMG ended, she independently released the EP Jeacocke in 1995, which included a remake of "Woman's Work" and a remake of the Jean Knight hit "Mr. Big Stuff". The dance remixes of "Mr. Big Stuff" became a hit in the clubs, which led to her collaboration on various dance singles. In the mid 1990's, using the pseudonym J-Cock, and with the act Pleasure Beat, she released eurodance remakes of Robin Beck's "First Time" and Alanis Morissette's "Hand In My Pocket", as well as a solo remake of Stevie Wonder's "Sunshine Of My Life" and Queen's "We Will Rock You" (as Deeva). After a few more dance releases she left the recording industry for the most part.

Today, she is known as Sheree Cerqua, a Toronto real estate agent like her husband Larry Cerqua. 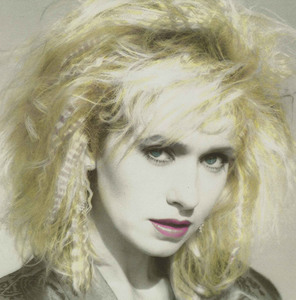