A product of the same Halifax, Nova Scotia musical community which spawned Sloan and Eric's Trip, the sparkling indie-pop band Jale formed in April 1992 while its members were attending art school. Dubbing themselves Jale as an acronym of the first names of guitarist Jennifer Pierce, drummer Alyson MacLeod, bassist Laura Stein and guitarist Eve Hartling (all of whom shared vocal and songwriting chores), the group borrowed their instruments from friends and played their first show less than five weeks after forming. Soon they issued their debut single "Aunt Betty," followed by an appearance on the Sub Pop label's double seven-inch Halifax sampler Never Mind the Molluscs.

After a few more singles, Jale officially signed with Sub Pop to record 1994's Dreamcake, a stunning collection spotlighting the group's infectious melodies and shimmering harmonies. After the LP's release, the band recorded the 1995 EP Closed, followed by MacLeod's decision to exit to assume bass duties with Halifax's Hardship Post. With new drummer Mike Belitsky, Jale travelled to Chicago to work with producer Brad Wood and resurfaced a year later with the stellar So Wound, highlighted by the should-have-been hit "All Ready." In early 1997, Hartling left the band to focus on raising a family; the remaining trio reformed as the Vees, issuing a self-titled EP on murderecords later that year.
-Jason Ankeny, Rovi

HIGHLIGHT:
Their album “Dream Cake” sold 40,000 copies in the United States and Europe.

For most bands, it usually takes a few years and a few records to land a home at even a decent indy label. For Jale, it took all of three months.
-Heckler magazine

Hartling left the band in 1997 to focus on raising his family. The remaining trio formed The Vees, and released an EP on Murderecords later that year.

True What You Say b/w From a Still

From Greer to Eternity comp

Pet-Kout-Koy-Ek: Songs for a River comp 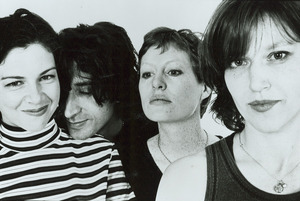 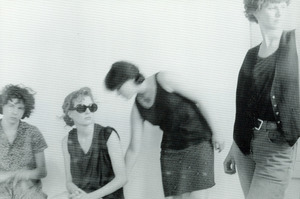 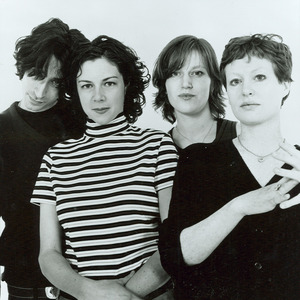