Mark Waind makes Guelph, Ontario, Canada his home. At the age of 8 he was deeply inspired by his Great Uncle George who played many different instruments. Mark never forgot his uncle looking him in the eye and saying, "It's good to play!" Shortly after, Mark's Grandpa gave him an 8 stringed instrument called an Octophone (a banjolin - really a large mandolin tuned an octave lower like a tenor banjo with 4 doubled strings. That was Mark's first instrument. In his first year of high school Mark pestered the Vice-Principal until he talked the Board Of Education into selling & delivering him an old upright piano from the Girl's Gym for $20.00. He started playing the piano as if he had been born with it, creating his own compositions. At 15, he bought his first acoustic guitar. Mark obtained a degree from the University Of Guelph, graduating with honours. For the last 30 years everything in his life has involved music one way or another. He is a multi-instrumentalist and has made his living teaching, writing, recording, producing, and performing music. After gaining notoriety in the 1980's with his band, The Hush, Mark decided upon a more low key, family oriented existence. He and his life partner, Bonnie Mochrie of Renegade Flower have three children. It is now 2011 and Mark has come full circle, returning to his roots; this time with a knowledge and wisdom that only years of living can provide. Mark is now sharing his life with the world. His words and music bring a warmth to your soul ..... 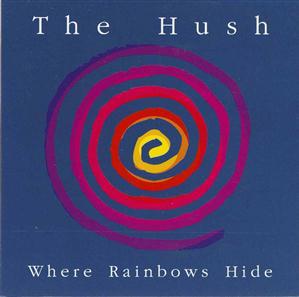