When queried about their start, this infamous Calgary, Alberta, Canada trio liked to state that they formed in the summer of '90 solely on the prospect of getting free beer. This was not entirely the case. Imagine a music scene full of Morrissey wannabes, Chili Pepper try-hards, and a Bono for every band on the block. Enough said.

Stripping rock'n'roll to its most basic frame, drummer Richie Ranchero, ace guitarist Brent Cooper, and original bassist Graham Evans emerged from the garage - you guessed it - without a singer! Faster than you can say, "Is thing thing on?" Huevos Rancheros puts out its first self-funded product: Huevosaurus, a six-song cassette tape. Shortly after, the band turned the ear of one Dave Crider (garage rock guru and owner of the famed Estrus Records Empire of Bellingham, Washington) who committed the group's tunes to vinyl. Two compilation appearances and the now-legendary Rocket To Nowhere 7-inch EP followed, guaranteeing a place in the heart of anyone within earshot of a turntable or dance floor.

During this time, the guys practically wore holes in the stages of Calgary's clubs. So, Huevos Rancheros headed West and South, and without looking back, a new single and video were generated ("Cindy With An 'S'"), as well as an album. The debut Huevos Rancheros long-player Endsville was released on Seattle's C/Z Records in 1993.

Not content with merely touring since Endsville's release, Huevos Rancheros appeared on no fewer than one dozen singles and compilations combined. Their high-octane approach to instrumental rock'n'roll music also found a place in several legitimate movies, as well as ski, surf, skateboard, and snowboard films from North America, Europe, Asia, and Australia.

1995 was a milestone year for Huevos Rancheros. Besides the release of several more singles and compilation cuts, they funded their own video for "Gump Worsley's Lament," which received heavy rotation on MuchMusic. A whirlwind North American tour followed (including an opening spot for Henry Rollins at New York's famed CBGB's), then a retreat to the basement to record Dig In!, their second full-length album. That time, the trio returned to their home and native land in the domestic British Empire, and released Dig In! on Mint Records. A six week European tour ensued, including a BBC recording session with John Peel, which was the first ever by a Calgary combo.

In early 1996, Huevos Rancheros completed another video for "Rockin' The Henhouse," which later netted them the "Best Independent Video" award for 1995/96 from MuchMusic. Further into the year saw the departure of long-time, original bassist Graham Evans. Break-up rumours were quick to follow. Of course, Huevos Rancheros bounced back better than ever with the addition of new bass-thumper Tommy Kennedy. Soon to follow was the blistering recording entitled Get Outta Dodge, released proudly on Mint Records in September of 1996.

Huevos Rancheros produced no fewer than three videos for the album. The title track "Get Outta Dodge" received excellent rotation on both MuchMusic and MTV's M2, as well as "Shadow Of The Apache" and "What A Way To Run A Railroad." The latter song was also featured when Huevos Rancheros co-stars with Hawaiian Love-God Don Ho in a Canadian beer commercial in mid-'97. For the rest of the year, the trio continued to tour throughout Canada, and up and down the American West Coast.

1998 is remembered as another banner year for Huevos Rancheros. Get Outta Dodge was officially released in Europe on Amsterdam's Konkurrent Records, and a very successful tour of the European continent shortly followed with Mint labelmates Duotang. Huevos made return trips to the UK, the Netherlands, Belgium, Germany, and Spain, and embarked on their first-ever forages into Italy, France, and Switzerland. Upon their return home, Huevos Rancheros received the news of a Juno nomination for Get Outta Dodge in the Best Alternative Album category, possibly the largest milestone of Huevos Rancheros' career.

As a bridge between the last album and the upcoming as-of-then embryonic new one, Mint put out a 7" in 1999 called The Wedge, which coincided with the band's cross-country tour with Reverend Horton Heat. It was at this time though that the Tommy Kennedy household welcomed a new arrival to the world: a bouncing baby girl named Harper. So to the rescue was Keith Rose of Royal Grand Prix, filling in on temporary road-bass.

The rest of the year and the first half of 2000 was spent working feverishly on their fourth long player (their third on Mint) and celebrating their tenth anniversary as a band. May of 2000 saw the released of Muerte del Toro (or Death of the Bull), with Dave Alcock of Chixdiggit fame once again at the helm at Sundae Sound in Calgary. Special organ and piano licks (a first for Huevos Rancheros) were provided by Pat McGannon. This was the first record of theirs that Mint released on vinyl. A choice video for "Diamond Head" and massive touring followed.

After that, family and other responsibilities became too much for the group. Though a break-up was never officially announced, they have not released an album since the millennium. Richie Ranchero went on to hit the skins for Hurricane Felix, The Black Coffee Cowboys, Loaded Dice, and the Rowdymen, and is a current member of Eve Hell & The Razors, while guitar virtuoso Brent Cooper went on to form Mint's own Ramblin' Ambassadors.

History
Initially consisting of guitarist Brent Cooper, bassist Graham Evans and drummer Richie Ranchero, Huevos Rancheros released the six-song EP Huevosaurus independently in 1990 before releasing the EP Rocket to Nowhere in 1991 on Estrus Records. In its early years the band was sometimes described as a cross between Led Zeppelin and The Ventures.

The band then signed to C/Z Records, which reissued Huevosaurus in 1992 before releasing the band's full-length album Endsville in 1993.

In 1995, the band signed to Mint Records. Around the same time, Evans left the band and was replaced by Tom Kennedy. The band's instrumental rock record Dig In was released that year.

In 1998, their album Get Outta Dodge was nominated for a Juno Award in the Best Alternative Album category.

After touring in Europe with Duotang, in 2000 the band released the album Muerte del Toro. They broke up soon after, although they have performed occasional reunion shows at benefit concerts to raise money for a journalism scholarship named in memory of former Calgary Herald music critic James Muretich. The reunion show lineup has featured Evans rather than Kennedy on bass.

Cooper went on to found The Ramblin' Ambassadors, a three-piece instrumental band.

Rockin' in the Henhouse

Nothing Beats a Royal Flush comp 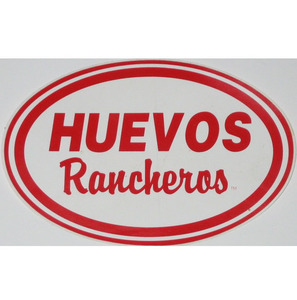