The Hometown Band was founded by former Collector and Chilliwack sax and keyboard player Claire Lawrence. Since leaving Chilliwack in late 1971 he started his own record label, Haida Records (distributed by A & M) where he signed Stallion Thumrock and folk singer Valdy. While the former bombed, Valdy had hits, and his (Valdy's) songs were included in movie soundtracks. At first Valdy toured as a solo, with just his guitar. As the hits kept coming, and the production got more elaborate, the need for a touring back-up band became evident. So producer Claire Lawrence put together a band with the finest players in town.
Joining Lawrence (who played sax) was Shari Ulrich on lead vocals, flute and fiddle; Geoff Ayre on drums and vocals, Robbie King on organ, piano and keyboard bass; and Doug Edwards on guitar, keyboards and bass. This line-up put out a critically acclaimed LP ("Flying") which produced the hits "Flying" and "I'm Ready". Both songs were written by Joe Mock (from Mock Duck). Shari Ulrich had been a member of Mock's folk group The Pied Pumkin String Ensemble, where she had performed both songs before joining The Hometown Band.

Their work with Valdy also produced one album, "Valdy & The Hometown Band". By the time their self-titled second album (without Valdy) was out, they had added guitarist Edward Patterson. Though equally as excellent as their first album, it failed to produce a radio hit. The group broke up soon after.

Seeing the potential in singer Shari Ulrich, Claire Lawrence put her under his wing and produced her albums until long into the 1980s. In later years, Ulrich has been a member of UHF along side former Chilliwack front man Bill Henderson and folkie Roy Forbes (aka Bim, also a member of the current edition of Chilliwack). They have released at least two CDs ("UHF I" and "UHFII"). Also in later years, The Pied Pumkin String Ensemble has reformed for yearly tours. Joe Mock is currently living in France.

Mad Larry b/w Everybody Wants To Get To Heaven

What Would I Do b/w Song For A Dreamer 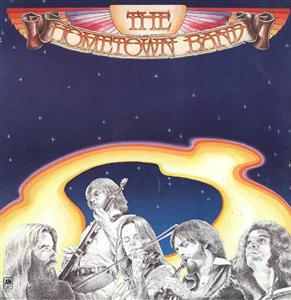