At age 16 Jack Hennig won an Alberta talent search contest singing his own composition "High School Queen". Soon after, Jack Henning launched his music career in the late 1960's performing pschyedelic rock, and by the early 1970's had moved into country/pop and pure country sounds. He was first heard on disc in 1967 as Jack Hennig & The Breaking Point Group, with the physchedelic single "The Busy People" b/w "Maybe Tomorrow", released on Cupid Records (CR-2). At the time Hennig also performed as a member of the Alberta-based rock groups The Sons Of Adam, The Nomads, and other similar short-lived acts.

By 1969 Jack Hennig was singing and recording country music, releasing four albums and numerous singles, on various Canadian independent labels. His first album, "Lisa Brown" was released on Birchmount (BM-531), with a second album, "Canadian Breed" (Birchmount BM-581) released in 1971. Next up was a move to Mustard Records, releasing the album "Lady Highway", in 1976 (Mustard 6001), which was followed by a move to Boot Records with the album "Jack Hennig Sings" (Boot BOS-7141). All of the albums contained a mix of cover tunes as well as numerous original compositions by Hennig.

Notwithstanding Jack Hennig's four album releases, and eight nationally charted singles, he has not been formally recognized by any of the Alberta or Canadian Country Music Associations, with Achievement Awards or induction into their Halls Of Fame...an oversight that perhaps deserves to be addressed.

Dedications (same album as "The Poet") 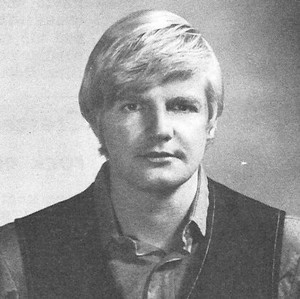