Formed in Toronto, Canada, in the late 60s, Heat Exchange are known for their three fantastic 45s for the Yorkville label - released in the early 70s - on which they mixed hard rock with psychedelic, heavy progressive and funk-rock sounds. So it was a major surprise to discover that in 1972, the band recorded more stuff with the intention of releasing an album. But in the end, the deal fell through and only four of those tracks were released as part of their 45s. Soon after, the band disbanded. Luckily, the band members have kept a copy of the master tape all these years. So, here's for the first time ever the complete Heat Exchange studio recordings, including their three 45s plus the previously unreleased recordings they did for their never released LP in 1972. Fabulous UK sounding heavy progressive and psychedelic hard rock. Top level musicianship, well constructed songs, powerful vocals, sax, flute, wah-wah, Organ, solid rhythm section. Remastered sound. RIYL: King Crimson, Jethro Tull, Samurai (UK), Web ("I Spider"), Human Beast, Deep Purple.

Can You Tell Me b/w Inferno

She Made Me All Alone b/w Philosophy 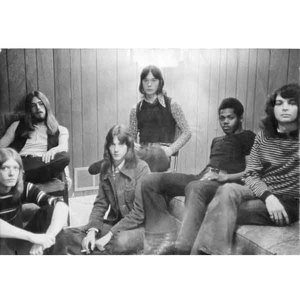