The Happy Feeling was formed in 1967 by six Calgary based musicians. The band was best known for their powerful four part vocals, tight musicianship, spirited positive energy, and their showmanship.

As a touring group, they racked up 100,000 miles per year on the road, touring with Roy Orbison, and also performing at rock concerts, festivals and one night stands. They got the nod as guest artists on many concert stages, with artists such as Three Dog Night, and Festival Express headliners The Band, Janis Joplin, and The Grateful Dead, along with many others, until they disbanded in 1971.

Their recording sessions took place in Clovis, New Mexico, with the famed producer and engineer, who worked with Buddy Holly, the Fireballs, and many others, Norman Petty.

From Canada to Clovis comp 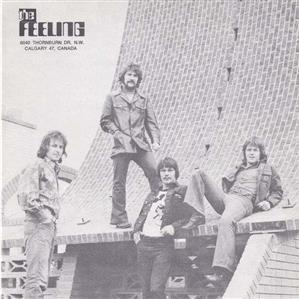