For five years John Wort Hannam taught grade 9 language arts on the largest reserve in Canada – The Kainai Nation, part of the Blackfoot Confederacy. But in 1997 he heard a Loudon Wainwright III record and was hooked by the music and the stories. In 1998 he bought a guitar and learnt some chords. In 2002 he quit teaching and began to pursue the dream of being a working musician.

John Wort Hannam comes from a long line of people who make a living using their hands. His great-great grandfather drove horse and buggy for the village doctor. His great-grandfather was a stevedore, his grandfather, a farmer and his father still works as a master carpenter. Wort Hannam now carries on the tradition making his living writing songs and playing music. He independently released his debut CD “pocket full of holes” in 2002 and his 2nd CD “Dynamite and ‘Dozers” in 2004. His third CD “Two-Bit Suit” was released by Black Hen Music in the spring of 2007.

“Queen’s Hotel” is Wort Hannam’s fourth full-length recording. Once again Juno award winning Steve Dawson takes the helm producing 11 tracks of authentic Canadiana folk/roots music. The writing, although true to John’s narrative story-telling style, is tighter, smarter, more personal, and with a breadth of subject matter not seen on previous recordings. The upbeat “With The Grain” (a song for which Wort Hannam won Grand Prize at the 2009 Calgary Folk Music Festival Songwriting Competition) recalls the conversation where John tells his father he would quit teaching to attempt a shot at performing music. “Worth A Damn”, a timeless sounding duet performed with multi-Juno award winner Jenny Whiteley is reminiscent of a John Prine/Iris Dement collaboration. Despite the title, “Requiem For A Small Town” is a rollicking 3 and a half-minute look at the town that just never quite made it. The poignant but catchy “Lucky Strikes” was written after a visit to Fort Macleod’s infamous Queen’s Hotel. Wort Hannam also revisits two songs from previous independent releases: “Church of the Long Grass” which has been called by some “the un-official anthem of southern Alberta” and “Pier 21” which recounts the immigration of Wort Hannam’s family from the island of Jersey in the Channel Islands,UK to Canada in the late 70’s.

“Queen’s Hotel” was recorded live off the floor at Vancouver’s The Factory. Musicians sat in one room facing each other in a circle and played the songs – no bed tracks, no click, and no overdubs except for a few harmonies. It captures a realness that sounds less like musicians making a record and more like musicians making music that just happened to be recorded.

With many of the same players: John Wort Hannam on guitar and tenor guitar, Steve Dawson on dobro, national, and weissenborn, John Reischman on mandolin and mandola, Rob Becker on upright bass, Geoff Hicks on percussion, and Jeanne Tolmie,Tyler Bird, and Jenny Whiteley on backing vocals, “Queen’s Hotel” has a pared down and subtler sound compared to Wort Hannam’s previous recordings and leans more on the folkier side of the folk/roots spectrum.

Thriving on live performance, John Wort Hannam is truly happy when he is on the road playing and connecting personally with an audience. He tours extensively in Canada and the US. Recently he returned home from a highly successful mainstage set at the prestigious Kerrville Folk Festival in Texas and will now spend the summer traveling, playing and gearing up for a fall release of “Queen’s Hotel” that will take him across the country and into the US. 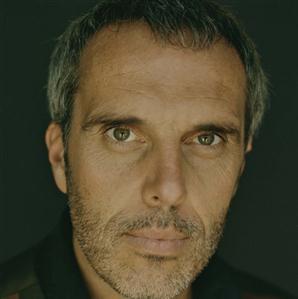