Quebec, Canada's curiously named heavy metal band Hanker got their start in 1985, but would have to wait nearly a decade before releasing their debut album, In Our World, in 1994. A very respectable first outing it was, too, with vocalist, guitarist, and keyboardist Pascal Cliche, guitarist Patrick Gravel, bassist Martin Jones, and drummer Jean-Francois Fillion revealing obvious but perfectly adequate influences from Iron Maiden, Jag Panzer, and other classic metal bands. These influences carried over into the band's sophomore effort, The Dead Ringer, three years later, which, like its predecessor, had to be financed and released by the band themselves, in lieu of any record company interest. That finally changed when 2000's Snakes & Ladders found Hanker hooking up with Metal Disk, and then Skyscraper Records for 2004's Web of Faith album. The latter pair also introduced a new rhythm section of bassist Denis Cossette and drummer Luc Guay.
-Eduardo Rivadavia, Allmusic 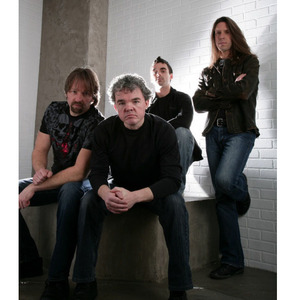