Consisting of teens who dressed like they were stuck in the '60s -- including bowl haircuts -- the Canadian group known as the Gruesomes formed in 1985 in Montreal. Original members were guitarists and singers Bobby Beaton and Gerry Alvarez, and a pair of brothers, drummer Eric Davis and bassist John Davis. Drummer John Knolls replaced John Davis a couple of years later. The Gruesomes recorded three albums in the '80s and made a couple of music videos.

When the members of the Gruesomes first came together, they had very little musical experience -- at least in performing. Somehow they managed to build a fan base through local clubs, and to put together a debut EP, Jack the Ripper, all within the first year of the group's existence. The debut was quickly followed by another EP, Unchained. Both were released under the Primitive Records label.

In 1986, the Gruesomes recorded their first full-length album, Tyrants of Teen Trash, switching over to the Og Music label. The local fan base had expanded greatly in that first year and the album did well, not only in the group's Canadian homeland, but also in the United States and Europe. In the middle of a heavy touring schedule, the group put out two more albums over the next two years, Gruesomania and Hey! Even with a number of its songs landing on the charts, and a continuous growth in popularity, the band called it quits in 1990.

For the new millennium, the members of the Gruesomes reunited. The group was welcomed back with open arms in Canada, and found itself playing for a sold-out audience in Toronto, even though it had been a decade since the guys had shared a stage together. Along with a large live audience, the show was also taped for television. There was a new album for 2000 as well, Cave-In.

Some of the tracks on the group's many recordings are "Buried & Dead," "Got Love if You Want It," "Get Outta My Hair," "My Broken Heart Will Never Mend," "Jack the Ripper," "Cry in the Night," "I Never Loved Her," and "Bloodhound."
-Charlotte Dillon, Allmusic

It Came from Canada Volume 3 comp

It Came from Canada Volume 5 comp 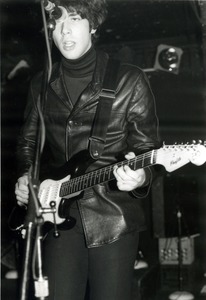 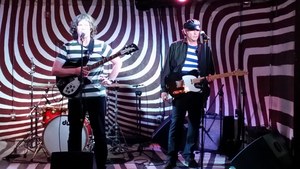 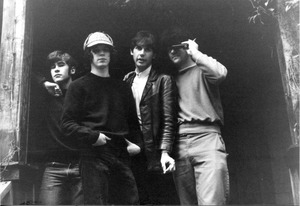 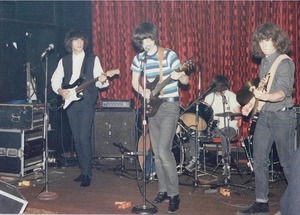 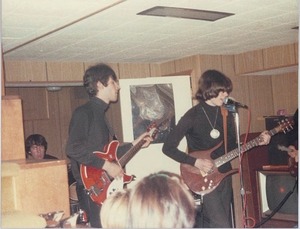 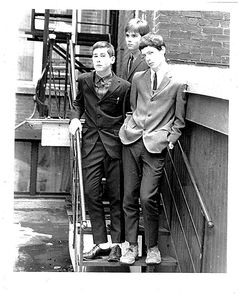 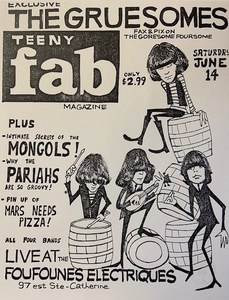 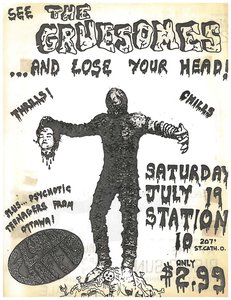 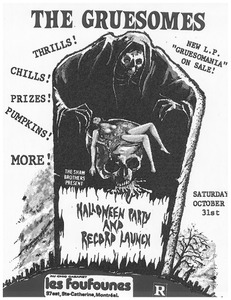 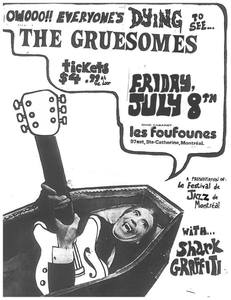 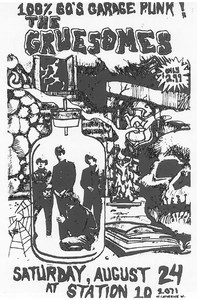 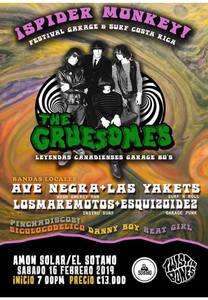 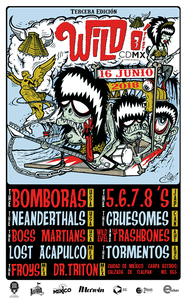 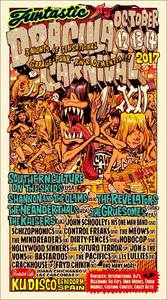 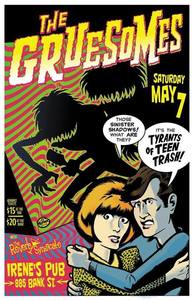 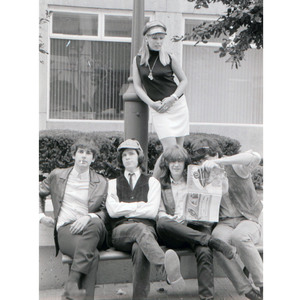