Sheila Graham began her career as a college band singer. Her star rose quickly and she went to larger and more sophisticated bands such as those led by Blake Sewell and Johnny Holmes. The Holmes orchestra was a breeding ground for Canadian jazz greats like Oscar Peterson and Maynard Ferguson. Fame for Graham came by way of radio, first on CJAD in Montreal and later for the CBC, where she worked on the network's variety and dramatic shows. A high point of her career was when she had her own program Sheila Sings. Both tracks are from a Canadian Talent Library recording (CTL-S-5026) also entitled “Sheila Sings.” The music is arranged by pianist Rusty Davis, who was one of the “charter conductors” for the Canadian Talent Library label. Davis conducted a nine-piece orchestra.
-Jean-Pierre Sévigny 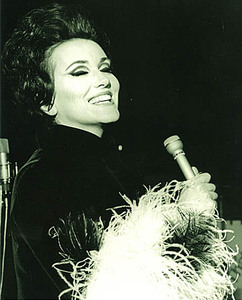 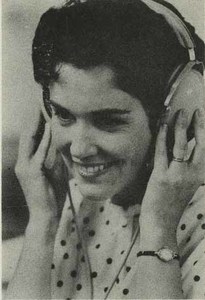