NORMA GALE, country music artist from Moncton, New Brunswick was inducted in the New Brunswick Country Hall of Fame on October 25, 2008. Norma Gale was born in Moncton in 1945. She is a GOLD RECORD RECORDING ARTIST and SINGER/SONGWRITER. She began her career at age 12, singing at local jamborees for 50 cents a night. During her early career, she appeared on several occasions on The Bunkhouse Boys TV show and as a full time vocalist with Val Surette and The Nite Hawks & Roger Cormier's Brunswick Playboys. After winning a talent contest with her sister Linda, she became a regular vocalist on a local radio station and appeared on TV before she was 18.
She became a popular bass player and performed with such country music artists such as Bobby Bare, Conway Twitty, Waylon Jennings, Dottie West, Loretta Lynn, Bill Anderson and many others at the famous Horseshoe Tavern in Toronto. She appeared on the Grand Ole Opry on two occasions in 1967-68. She traveled the world and entertained in 40 states, Greenland, Philippines, Japan, Viet Nam and Korea.

In the ninety's Norma was a bass player and singer in the famous June Pasher Band in Toronto and performed for several years every Saturday afternoon at OV's Country Club, until the untimely death of June in 2002.

Norma moved on with her own popular band, Norma Gale & Friends and performed every Sunday afternoon for a number of years at Moose Lodge in Etobicoke, Ontario. Just over a year ago, Norma moved back to Moncton due to health reasons which she had to look after.

Norma had two albums during her long career, January, April and Me and April's Angel Food Cake. She was awarded two gold albums from the recording Industry, attaining 55,000 copies for each album. She had a number of single releases, which were: The Wedding-Too Much of You-So Far From You-My Picture Province and What More Can I Say. Atlantic Seabreeze followed her career for many years, and congratulates Norma for her Induction into The New Brunswick Country Hall of Fame.

January, April and Me

My Canada b/w The Wedding 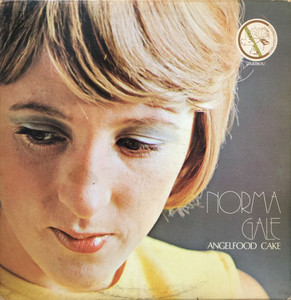