Formed in 1978 in Edmonton, Alberta, Canada, Footloose played the circuit first in Edmonton then across the province. The group scored a Top 10 hit in Canada with the song "Leaving For Maui", before singer Tim Feehan amicably left the group to record as a solo artist in 1981. He was replaced by Doug Riley who left the band while recording a second album. On good terms, Feehan returned to finish 2 of the tracks for a single release in 1983. The band continued to perform with a revolving lineup until the fall of 1984.

Tim Feehan would go on to a successful three albums solo career and is now a producer for the likes of 1980's teen idol, Tiffany, in Los Angeles.

Who's Lovin' Her Now b/w Betty-Lou 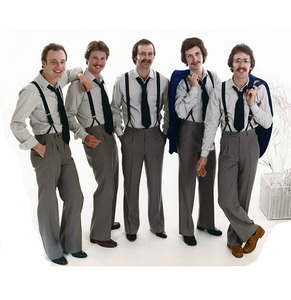