Raised on the farm on the Canadian prairies this award winning singer/songwriter is a champion of vanishing values and the frontier spirit. His western heritage, cattle drives, wagon treks, and working folks with ties to the land have all been an inspiration for the lyrical imagery in his songs.

In 2005 this Juno Award winner was inducted into the Canadian Country Music Hall of Fame. Gary still tours extensively and looks back on a rewarding career and gratefully acknowledges the hundreds of town and cities and thousands of listeners who have been touched by his music. With his finger style acoustic guitar, gentle vocals, colorful stories, Gary takes his western roots music to the people with a rare sincerity. Gary and his wife Lynne make their home on Canada's west coast. His lifelong love for Lynne, their four daughters and their many grandchildren is lovingly illustrated in many of his songs.

No Time to Lose

Heart of a Dream

All in the Journey 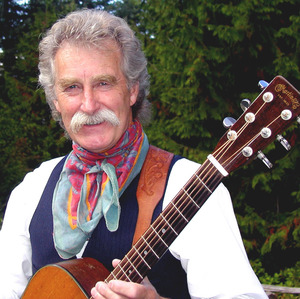