Edmonton, Alberta native Feehan perfected his musical skills by writing songs and recording demos while getting his BA in sociology at the University of Alberta. Feehan began in bands early on but it wasn’t until 1979 when of his college bands, Footloose, started making waves on the Western dance scene that things began to take off. In 1980 their debut album yielded the hit “Leaving For Maui” which went Top-10 for several weeks in Canada. The band released several more singles over 1980 and 1981 with Feehan leaving shortly thereafter to pursue a solo career.

He continued his tenure as a solo artist with Mustard Records but it wasn’t until 1983’s duet with Vikki Moss on “Never Say Die” that he managed a #1 hit single on Adult Contemporary radio. He also won the Alberta Recording Association Songwriting competition. The prize was a recording session with producer David Foster.

In 1984, Feehan recorded a single, “Read Between The Lines” that was recorded by David Foster with Steve Lukather on guitar and Fee Waybill doing backing vocals. Feehan then went to Los Angeles hot on the heals of winning the David Foster Songwriting Competition for the song “Where’s The Fire?”. Los Angeles music types seemed unimpressed, but in 1986 he convinced Scotti Bros. records his value as a songwriter/performer.

Foster produced Feehan’s self-titled debut and then decided to use him as the lead singer for a the David Foster World Tour ’87 because Peter Cetera was unavailable. The tour included a 5-date tour Japan where Feehan was mobbed by fans because his solo videos were being aired on Japanese TV as part of the promotion of Foster’s tour and Scotti Bros. push for Feehan’s solo album.

He moved to LA and soon attracted the attention of producers of the Charlie Sheen movie ‘The Wraith’ and they loved his song “Where’s The Fire?” so much it became the title theme of the movie in 1987. Meanwhile Feehan continued his own tour opening shows for Larry Gowan and sang in front of 60,000 people in Vancouver during a celebration for athlete Rick Hanson.

He did the same for the unveiling of a bronze statue in honour of Wayne Gretzky in 1989 and sang an original song, “The Memories Will Last Forever”, just for the occasion. By 1990 he had switched to MCA Records and released ‘Full Contact’ with producer Brian “Too Loud” McLeod (Headpins, Chilliwack).

Tim Feehan has a voice that is amongst the best of the “high pitch” west coast singers, he is in the same category as Joseph Williams, Jason Scheff, Clif Magness, Richard Marx etc. His music is a mix between Chicago, Toto and Richard Marx. He is worthy checkin´ out.

Tim Feehan graduated from the University of Alberta in 1980 and began his recording/songwriting career quite accidentally when his college band "Footloose" was asked by a local studio owner to record a song he'd written. That song, "Leaving for Maui", was a Top Ten hit in Hawaii.

In 1986, Feehan entered a songwriting contest sponsored by producer David Foster (Celine Dion, Whitney Houston) taking first place and signed with Scotti Bros/CBS in Los Angeles where he relocated later that year. The self-titled debut album Tim Feehan was released in 1987 and gained five A.R.I.A. (Alberta Recording Industry Association) awards including "Best Pop Performance" and "Producer of the Year". The first single "Where's the Fire" was chosen as the theme song for the Charlie Sheen motion picture and cult favorite The Wraith. In 1987, Tim also won the Canadian Academy of Arts & Sciences Juno Award for "Most Promising Male Vocalist".

In the late 1980s, Feehan signed with MCA records and released Full Contact, which featured collaborations with songwriters Bruce Gaitsch ("La Isla Bonita" Madonna), Gene Black ("Never" Heart), and Marc Jordan ("Rhythm of My Heart" Rod Stewart). Musicians included American Idol judge Randy Jackson of Journey, Steve Lukather (Toto), Timothy B. Schmit (Eagles), and Richard Marx. During the down time, Tim sang and produced "Dirty Love" which appeared in the James Bond film Licence to Kill and performed on both the Arthur 2: On the Rocks theme and the Dionne Warwick gold album Reservations for Two. Feehan wrote "Heart in Pieces" for the million selling album Chicago 19 and performed in the video Stop the Madness alongside Whitney Houston for the Nancy Reagan anti-drug campaign "Just Say No".

On August 27, 1989, Feehan's song, "Memories Will Last Forever", was played when the Edmonton Oilers honoured Wayne Gretzky with the unveiling of his bronze statue. This song was also used for Wayne Gretzky's retirement jersey ceremony on October 1, 1999 in Edmonton, Alberta.

Feehan has had dozens of his songs appear on episodic television including Desperate Housewives, Brothers and Sisters, My Name Is Earl, Ugly Betty, The Good Wife, Boston Legal, Dexter, Las Vegas, The Hills, Entourage, The City, One Tree Hill, Norbit, Greek, Numb3rs and others.

In the spring of 2012, Tim Feehan created "ParkDriveProductions.com", a Los Angeles-based boutique music production company. This new website is home to a lifetime of Tim's original work. It also features an array of indie artists and self-published master recordings available for licensing. Among them is up-and-coming California pop artist Hannah Ruick, daughter of legendary Toto singer Joseph Williams, Los Angeles-based Agina Alvarez who just won a spot on Team Adam Levine on the NBC hit show The Voice on Tuesday April 2, 2013, and Canadian singer-songwriter Cadence Burns.

Tracks I Forgot About

Tracks I Forgot About

Sneak Preview b/w Go Ahead And Break My Heart

Backstreet Backbeat b/w Give Us Your Name

Go Ahead And Break My Heart b/w Sneak Preview

Listen for the Heartbeat b/w Isolation 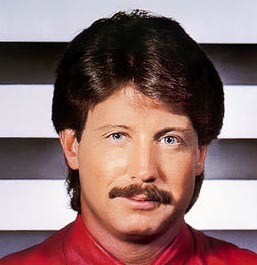