In 1984, Ronald Reagan was president of the United States, Soviet bloc countries boycotted the Los Angeles Olympics, it cost about $2.50 to go to a movie, and one of the movies many people spent their $2.50 on was Ghostbusters. 1984 was also when Regina’s pop/punk band The Extroverts reunited for a one-off show after having split up in 1982. The lads had a great time, and jokingly vowed to reunite and play a show every Olympic year. It didn’t happen.

Well, 2009 wasn’t an Olympic year, but against all odds, after 25 years, all four original Extroverts got together that June and tore through a set featuring tunes from their 1979-1982 run and a brand new tune – well sort of new.

Guitarist and co-songwriter Eddie Lester explains: “Singer Brent Caron was a very prolific lyric writer, and would crank songs out with specific tempos or melodies in mind. Unfortunately, he played no instrument and couldn’t communicate the music part of the songs.”

“I would take a pile of lyrics and put music to them, then play that back to Brent and the band to learn,” says Lester. “We wrote 75-80 songs that way. Last June, when rehearsing for our first gig in 25 year, we went through or collections of pictures and memorabilia, and Brent brought over another pile of his unused lyrics from the olden days. I went through the pile and that’s how we came to have a brand new song (Spudboys) for our June show. Brand new insofar as the music is new, and the lyrics are almost 30 years old!”

Lester has continued to put music to the previously unused lyrics, and the band has completely reworked some of their older tunes. The result is a set of brand new tunes that are musically modern but that boast timeless lyrics penned in the late 70’s.

Many rough demo and live tapes exist from the first time around, but the only official recording issued by the Extroverts was a 7” 45 RPM record featuring the songs Living in Poverty and Political Animals. Band members would like to re-record some old numbers as well as get the new songs recorded.

“It’s amazing how quickly we got back to a reasonable level of tightness after so many years,” says Lester. “And we are having so much fun – we can’t wait to get back up there and do it again.” 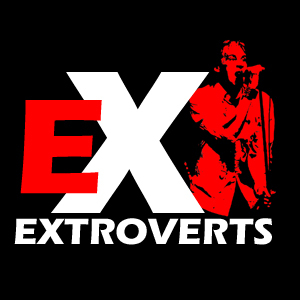