Like all great and genuine artists, Fred Eaglesmith lets his muse call the tune on his 18th album, Cha Cha Cha. And this time out it’s the big beat of rock’n’roll.

And it is not only rock’n’roll, though that is at the heart of this collection of reflections on the always fertile subject of love by one of the most acclaimed singer-songwriter of our day. With his usual creative panache, Eaglesmith splashes the style with such colors as 1950s movie music, soulful backing vocals, dance rhythms and more. He reconfigures one of the most potent essences of popular music into something all his own as well as both timeless yet urgently contemporary.

Cha Cha Cha percolates with the primal beats, grooves and vibe of rock’n’roll to fire a collection of sharp and concise songs about lovers who are faithless, fickle, feckless, lonesome, lost, loyal and even fleeting shadows and ghosts. With such simmering, rhythmically-driven tracks laced with driving electric guitar and keyboards as the blues with a Latin beat of “Careless,” the ominously crackling “Tricks,” the garage-band bounce and kick of “I Would” and the slinky and intoxicating “Dynamite and Whiskey,” the disc is yet another organic progression and variation from a talent whose vibrant recordings and stirring live shows have earned him comparisons to a virtual honor roll of musical icons. Yet, as always, it’s just Eaglesmith doing what comes naturally and burnishing his own vital brand of music with further character and dimensions.

The disc gets deep down in the groove on such burners as the mesmeric and haunting “Gone Too Long” and on the slinky drive of “Car,” and strides through spry mid-tempo numbers like “Shallow,” with its shimmering cascade of keyboards, and the lost love promenade of “Rebecca Street.” Then to ice the cake, Eaglesmith rounds out the collection with the heart wrenching ballads “Sliver of the Moon” and “Silhouettes,” of which he says, “I was trying to write songs Elvis would sing.” And thanks to the prime road seasoning of his band and back-up singers the Fabulous Ginn Sisters, the entire affair burns with the heat of glowing embers.

Cha Cha Cha is powered by the beat from the street felt by veteran road warrior Eaglesmith as he hit the studio amidst his most concerted barnstorming yet through clubs back and forth across North America. Acclaimed for creating telling portraits of common people on the edges and in crisis, transition and the margins that brim with a blend of literate eloquence and cinema-verite realness, and all but presaged the current economic downturn, Eaglesmith sensed a need in these hard times to “turn up those amps up and smoke it. And people are just so happy because they’re hearing enough of how bad things are on the news. They don’t need to hear it in the clubs right now. And people are coming to us and saying: it’s so great to see someone alive again. And it’s so good to see a band having fun, because nobody is anymore,” he explains.

As a result, in contrast to his earlier recordings, Eaglesmith based the collection on the music rather than the themes of his songs. “I’ve never done it that way before,” he explains. “I didn’t think about the content as much as I was thinking about the music of it. I started this whole thing saying I wanted to make a bossa nova record, and it didn’t quite turn out that way. Instead it’s rock’n’roll with some bossa nova touches all over it. The 1950s Hollywood thing was also calling my name, and early ‘70s, late ‘60s rock’n’roll. I just thought that’s a really nice place for me to fall into, I’m going to marry those things and see what comes of it.”

At the same time, a thematic thread naturally developed around the romantic ways, means, travails and back alleys of the human heart. And even though the lauded and oft-covered Eaglesmith has long been praised for what the Philadelphia Inquirer hails as his “devastatingly good, economical songwriting,” Eaglesmith has distilled his writing down to its most potent essentials. “I write simpler songs now because I can, because I know how to write a song,” he explains. “I don’t want to dumb down, I want to smarten up. So I want to be more musical, but also sharpen it up so that’s it’s technically better, but more effortless.” As a result, his concise compositions on Cha Cha Cha cut straight to — where else? — the heart.

It follows Tinderbox, Eaglesmith’s mesmeric and mystical exploration of spirituality and its role in and effects on the human soul and temporal existence. The album was praised by critics as a “masterwork” (Philadelphia Inquirer) and “magical” (Houston Press) as well as making many year-end Top 10 lists as “one of the best albums of last year” (San Jose Metro), plus being nominated for a Juno Award and on the short list for the Polaris Prize.

Eaglesmith has followed his muse and the music to wherever it takes him since he left the family farm at age 15 to pursue the hitchhiking and freight-hopping trail of a traveling troubadour. As a result he has forged one of the most distinguished and unique independent careers in popular music from the grassroots upwards, marked by a consistent string of critical superlatives for his work. And now after being a leading light in both the new folk and Americana movements, Eaglesmith stays at the cutting edge of the musical zeitgeist to help spark a rock’n’roll renewal. “I still want to be vibrant and I still want to be on fire and I still have passion,” he asserts. “I don’t ever wanna stay in the ghetto.”

His restless and relentless muse has already earned Eaglesmith a singular and impressive legacy of achievements. Over the years the Juno Award-winning artist has had his music used in films by Martin Scorsese, James Caan and Toby Keith, scored a hit #1 on the bluegrass charts (“Thirty Years of Farming,” recorded by James King), and had his songs included in the curriculum at two colleges. His fans are so devoted that he is the host and centerpiece of a number of music festivals in the U.S. and Canada as well as inspiring the Roots on the Rails rolling music fests and hosting a number of its excursions, plus now in 2010 hitting the high seas with the shipboard Fred Eaglesmith Atlantic Adventure. A popular live attraction in clubs and festivals across North America, Eaglesmith also enjoys fervent followings in Europe and Australia.

Yet for all his plaudits and accomplishments, Eaglesmith continues to stay true to his own populist path as an entertainer. “Yes, I get all these accolades and everything. And we’re cooking eggs in the RV when we’re on tour,” he notes with a wry chuckle. “Which to me is really fantastic, because that makes me loosen up and be able to write the songs. What a great place my life is in now. Alan Jackson is singing my song, and we’re going to start staying in RV parks. I love that. As I get more into the mainstream my lifestyle gets more and more away from it.”

And as Eaglesmith and his band tear up the road like a rogue band of musical gypsies, “We’re just turning it up smoking it every night just like 1967, and it’s so much fun,” he says. “There’s no money and everyone is in the recession, so you just go, well, this is the time to make great music. This is what rock’n’roll always was. Rock’n’roll in its purest form is just such a great thing. And there’s something right now that makes it feel really relevant.”

In the end, within what he calls “the weirdest little career that works so well,” the journey is still as important for Eaglesmith as any destinations, if not more so. “No matter where I go in the world there's always 100 or 200 people willing to shell out 20 bucks to see me," says Eaglesmith. “I can drive down some little sheep road in Scotland or Australia for eight hours and there’s people who'll gather up in some shack or some barn or some hall to see my show. It’s the best feeling in the world.”

The Boy That Just Went Wrong

The Boy That Just Went Wrong

From The Paradise Motel

There Ain't No Easy Road

Take It All Away b/w Caroline 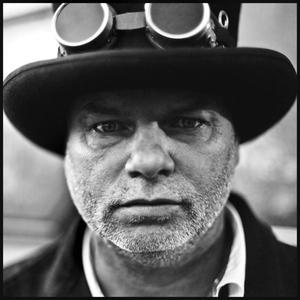