Death Sentence was (and IS) one of the most powerful, enigmatic, explosive hardcore bands of the 80's. The quasi legendary group of shit disturbers hail from Vancouver British Columbia and were one of the pioneering bands in the mid to late 80's of a type of sound being called "crossover". Their street wise hardcore punk lent itself to a more raucous rock sound, flat out no bullshit songs against authority (often about the underground escapist drug/party world of the Vancouver set) and of coarse a fast delivery and extremely loud live performances.. Influenced by The Damned, Bad Brains, Alex Harvey, ACDC, Guns and Roses, D.O.A., The Stranglers, The Stooges, The Ruts, The Clash, and a whole lot of G.B.H. - Death Sentence are a different kind of tension.

Formed in Vancouver B.C. in the early 80's they seriously got their "kit" on with the line-up of Pete "Cleaver,Puke, Nipplehead" Keller, Tim "The Doc" Challenger, and Doug "Donut" Proulx, and Syd "Gimmie Max"" Savage in early 1984. After losing to what would become "The Odds" (nerve tubes) at a local battle of the bands (a riot ensued) they took their second place winnings and recorded/mixed/mastered the classic "Not a Pretty sight" E.P. in an East Van basement (without Syd) in 4 days . That album (not a pretty site) was and still is a benchmark on all that is Canadian punk/hardcore/crossover.

After touring with Black Flag, MDC, Bad Brains, D.O.A., G.B.H. and other notables in the punk "royalty" the lineup soon saw Syd "mail order sperm bank" Savage back on guitar after a hiatus in Santa Cruz, (he left during a tour because we spiked his Old English 40 with mescaline) and ex fits drummer Jimmy "Vegas Fistmagnet" Sigmund on Bass. Brad "don't touch my shit" Kent of Avengers fame was on second guitar for a spell. Wild touring, bomb making, gunfights, cleavers in heads, staples through scrotums and the second album "Stop Killing me" issued forth in 1987. After Doug left to pursue music in Los Angeles and SanFran, (Pasties,Mr.Pink, Slye, The Kim Band) the band folded awhile after getting Gabe Mantle to fill Doug's boots. There was label interest, a spot on "21 Jump street" lip synching to an Agent Orange tune! Gabe went on to join the world famous "GOB" and is now a multi-millionaire.
They reformed with the original line-up for a few shows in the mid 90's the last being an impromptu gig at the infamous 1010 Seymour after hours, and soon after, Pete passed away from a life of debauchery and insurmountable excess.

Fast forward to 2001 and Naughty Camp whereupon Donut was contacted (4 days before the show) and the band was back, at least live. (Bernie "the actor bitch" Coulson on Vox for that show) ... In comes Dan "Jib-tank" Scum on Vox for sure, and a slew of attendance breaking shows, little tours, and a fizzling out due mainly to everyone's schedules being so hectic..."
-Death Sentence

Death Sentence were on the forefront of Vancouver punk's second wave during the mid eighties. Their sound, which crossed British punk and Metal with DOA-style hardcore, made them a popular live act not only in the Pacific Northwest, but across Canada. The band's two albums, Not A Pretty Sight and Stop Killing Me have sold an impressive 60,000 copies, even though they've never been re-issued on CD. To this day, they are still trying to retain the rights to their back catalog from the now bankrupt Fringe records. Death Sentence disbanded in 1991 but reformed with a new singer to replace Pete Cleaver, who died of a drug overdose in the mid-nineties.
-James Cornell

With a near riot at the 1984 Shindig contest and apparently a beer can to the MC’s head, the notorious Death Sentence garners a second-place spot. This reckoning force of Vancouver’s hardcore and second wave punk is now a name synonymous with early Canadian punks D.O.A. and the Subhumans. Keep in mind that Death Sentence was bottled fed in the cradle of a Burnaby haunted house and that upbringing that would come to foreshadow their tumultuous ride. This band would emerge swinging with the ferocity and danger of what a live show should be. “Their tour shenanigans would make Mötley Crüe blush,” says drummer Doug Donut.

The trail of their recording history includes the 1984 demo with two tracks on the celebrated Undergrowth compilation, collaboration with Collector's RPM Undergrowth label led to the 1985 EP Not a Pretty Sight. After touring and sold out local dates, they recorded the 1987 full length Stop Killing Me! for Fringe Records. A 1989 metallic and rock tinged demo titled "Girls, Guns & Guitars" was recorded but never released.

By 1991, drug abuse, endless lineup changes and poor finances put a halt to the recording of the third album. A revolving door of members including: Brad Kent of Avengers and D.O.A., also Gabe Mantle from Gob. News of their vocalist’s Pete ‘Puke/Cleaver’ Keller’s 1994 untimely death would be the nail. “How he lived, as long as he did, is beyond any of us,” says Donut. “Pete was the real deal, a brilliant, scary, angry, total punk rock nutcase.” With a demand for their live gigs, older members would drop in to keep up the momentum, including actor Bernie Coulson, the drummer from Hard Core Logo. By 2001-02, Dan Scum was recruited by guitarist Syd Savage for his rawness and sense of humour. “Dan was a big fan of the band and I was sold on him after one song,” says the drummer.
-The Skinny Magazine

Not a Pretty Sight

Not a Pretty Sight 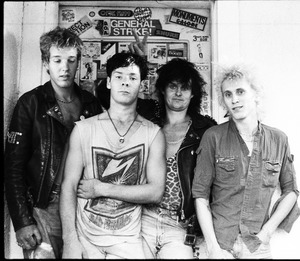 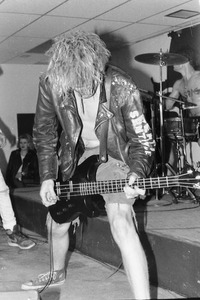 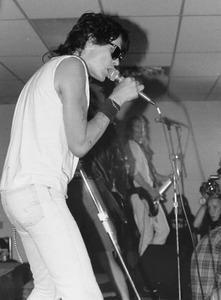 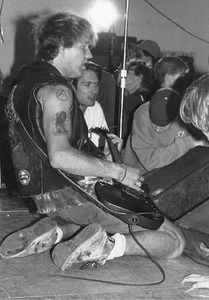 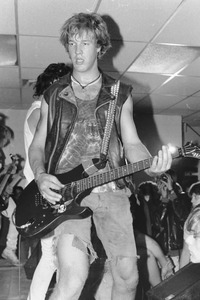 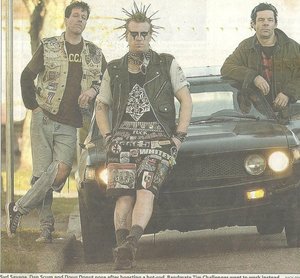 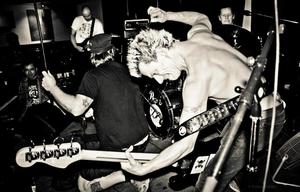 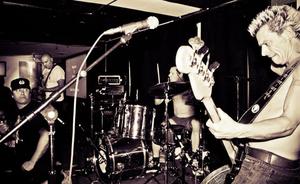 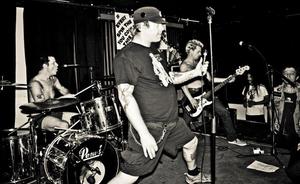 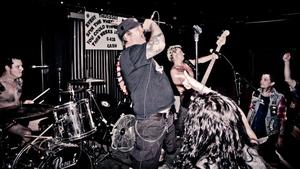 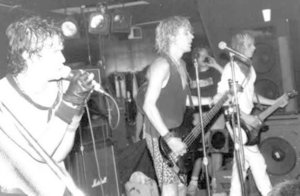 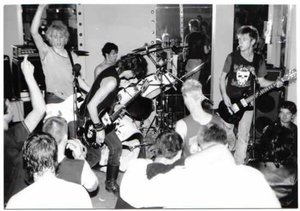 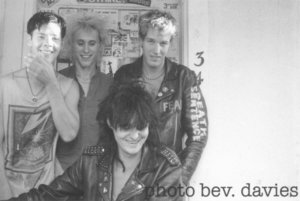 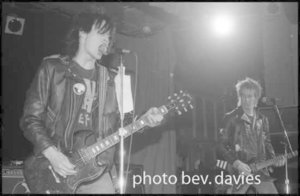 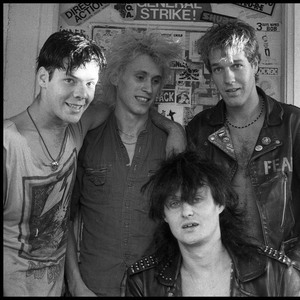