Jimmy (James Douglas) Davidson, "Trump" after ca 1936. Cornetist, singer, arranger, b Sudbury, Ont, 26 Nov 1908, d there 2 May 1978. A pioneer and promoter of jazz in Canada, he played trumpet at age 12 with the Canadian Legion Band in Sudbury and formed the Melody Five, one of the earliest jazz-styled groups in Canada (1925). Moving to Toronto, he worked 1929-36 with Luigi Romanelli (first as a singer, then as a cornet soloist and arranger, and occasionally as a baritone saxophonist) and briefly in 1935 with Rex Battle's dance band.

A singer in the relaxed manner of Jack Teagarden and an intuitive, melodically-balanced cornet player, inspired by the Dixieland stylists of the 1920s and 1930s, Davidson organized a 12-piece orchestra for Toronto's Club Esquire in 1936, broadcasting locally on CKEY and in 1937 in the US on the NBC network. The orchestra toured Great Britain in 1938 as the Ray Noble Orchestra, under Noble's direction, before disbanding in 1942. The musicians listed in Brian Rust's discography Jazz Records 1897-1942 and on the Noble LP The Swinging Briton (Swing Era LP-1012) are incorrect; the Davidson band did not record commercially under Noble's name.

After a year with Horace Lapp's orchestra, Davidson organized another Dixieland big band and performed in the "Bob Crosby style" at Toronto's Palace Pier (1944-61). In 1936 he formed his Dixieland sextet as part of the Club Esquire orchestra; the band periodically included his brother Teddy Davidson (tenor saxophone), Howard "Cokie" Campbell (clarinet), Murray Ginsberg (trombone), Reef McGarvey (drums), and Harvey Silver (piano). It broadcast regularly on CBC radio during the 1940s on Jazz Unlimited, Trans-Canada Matinee, and 1950-65 on a succession of Davidson's own shows including Trump Davidson's Dixieland, Dixieland Concert, and Dixieland Downbeat.

After 1974 Davidson performed only as a vocalist, and in 1976 he re-formed his big band for special occasions. His cornet parts usually were played by the trumpeter Paul Grosney. Following Davidson's death, the small band continued under Harvey Silver's direction. Davidson's papers have been deposited at the National Library of Canada.

In the Land of Dixie 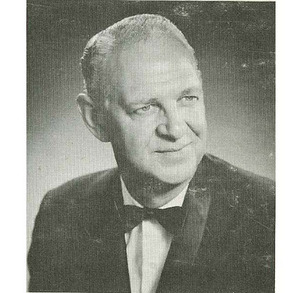