The Chipman Chronicles: The Story of Darkstar & The Foxrun Band

Toronto in the early 1970's was a hotbed of musical activity. The constant ebb and flow of the local scene saw bands forming constantly over the preceding years, but with the then-new CAN-CON regulations (created to help bolster a more fruitful national musical presence and instill interest within the local populace who previously would opt for popular acts from abroad) and subsequent success of a handful of Canadian acts (Lighthouse, Edward Bear, Anne Murray, etc.), a marked up-tick in new bands created locally would take place throughout the bulk of the 70's. This would result in a large amount of new music recorded and released by Canadian acts; hoping to capitalize on the new landscape.

The irony here is, artists who were active in the early CAN-CON era of the 1970’s and 1980’s have often noted that their music was generally dismissed by Canadian audiences as inferior product, propped up by quotas rather than quality; especially if they were unable to replicate their success internationally. The frustration came here as artists watching the the ugly scene unfold, noted that those artists who did break out internationally were simultaneously labelled as "Not Truly Canadian." Truly a lose-lose situation for the amazing Canadian talent developing through the period. The band's "Darkstar" and "The Foxrun Band" were unfortunately not spared from the casualties.

The musical partnership of Timothy Chipman and the Cassar brothers (James-Paul and Peter) began in the early 1970's and continued through multiple groups and decades. Timothy played guitar and keyboard, in addition to writing the bulk of the material the collective's groups would release. James Paul Cassar played bass and Peter played drums. They got their start, like many bands, playing the local bar and club scene. They had dreams of trying to land a record deal or build a large local following; ideally both. They spent a few years on the scene honing their original material and live performance under the name "Darkstar."

In addition to their frequent traversing of the local scene, they'd play throughout Ontario and parts of the northern U.S. While on a brief trip to New York in 1976 to play some dates, they'd have a brief, chance meeting with local songwriter Art Munson. He'd take to their stage show and original material, and would convince them to record some of his songs. They signed a brief deal with "Lifesong Records" in 1976, releasing two singles. Firstly "Holy Roller/(You Can Have The) Best Of Everything," followed by "Sweet Delight (Stereo/Mono)." Both singles garnered no attention or recognition in New York or back home, so the brief partnership ended and they headed home.

Possibly frustrated by the sad turn out of their two singles in New York, they would form their own record label "Ariel Records." In addition to releasing their own material as both Darkstar and The Foxrun Band, they would sign, record and release material by a number of artists; Diane Page, Essence, Joey Barnett, Lindy Hearne, The Play and Sierra Blue (Timothy Chipman's band after parting ways with the Cassar brothers in the 80's).

They wasted little time recording their debut album as Darkstar "Into The Heartland," in mid-1978. They'd release two singles from the album ("Hit & Run Lover/Travelling Sad" followed by "Into The Heartland/One More Time") , but unfortunately, both would fail to chart.

In 1979, after the failure of their Darkstar releases, they'd briefly change their name to "The Foxrun Band." This change did little to positively affect their successes unfortunately. They'd record their debut album under this name "You're Invited" at Kinck Sound Studios in Toronto, in early 1979. The sound was similar to that of Darkstar, with many of the songs written by Chipman. To mix things up, they hired Margo Davidson (of Parachute Club fame) on saxophone and vocals for the recordings.

Clearly, they thought releasing material under two names would give them a better chance of success in the long run. They'd change their name back to Darkstar in 1980 and release their second album under that name "Escape Routines." They took a more mainstream approach with the sound of this album and it payed off! The first single "Postcard From Jamaica/Night People" had minor success on the local charts and would result in a number of higher profile live gigs around Toronto and surrounding areas. The follow-up single "Won't Be Disappointed/Jitterbug" would fail to chart.

1981 saw the band again changing their name; back to The Foxrun Band. They'd release their second album under this name, that year, titled "Embrace." They would again call on the talents of Margo Davidson for the recordings in late 1981. The singles "Embrace/Mystery News" and "Such Delight/Magical Girl [B-Side non-LP]" were released that year but failed to chart.

The failures of their multiple albums and singles didn’t bode well with the group. The following few years saw them play live and avoid recording, while Timothy Chipman would form Sierra Blue; releasing three singles on the label.

The Foxrun Band released their final two singles with the original line-up (“River Of Tears/Do It In The Dark” [A reworking of a song from their debut album] followed by “What The Hell/Never Turn Your Loving Away”) in 1984 to no success. The Cassar brothers would leave the band shortly afterwards. The Cassar brothers got out of recording all together but continued working with other bands with Ariel - including Joey Barnett, Essence, and Diane Page, among others.

Timothy Chipman carried on with his next band “The Play” in 1985, releasing three singles to little success. He’d become frustrated with the lack of success; at this point recording close to 50 of his own compositions through these various groups. He’d take a brief hiatus before reviving the “Foxrun” name one last time in 1988.

The end of The Foxrun Band would come with the failure of the last two singles in 1988. Timothy revived the name one last time, with different musicians but unfortunately, they could not garner any sort of success and the singles were largely forgotten. Timothy, disheartened by this point, would pack it in and would fold the Ariel label.

It’s unfortunate that over the roughly dozen years he was active, he couldn’t maintain any sort of serious or lasting success with any of these groups. The musicianship was top notch (especially his work with the Cassar brothers); the music was also high quality, reminding me of Prefab Sprout in particular, especially when referring to Darkstar and The Foxrun Band.

Into the Heartland b/w One More Time

Same Old Me b/w Wondering Who 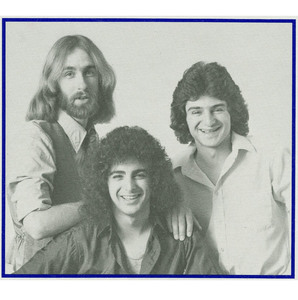