Since his first record release of "Gonna Have a Party" in 1958, his first chart record "That's What I Call Livin'" in 1961 and his first number one recording of "Hitch Hikin" on RCA in 1964, Dick Damron has written over 500 songs and recorded more than 30 CD's, cassettes and vinyl labels.

Dick has performed in thousands of venues around the world, ranging from tiny country halls and clubs, to Las Vegas casinos and some of the largest Country Music Festivals. He has won almost every Country Music Award in Canada, as well as 5 Texas Awards and was twice named Foreign Artist of the Year in Europe.

His records and music can still be heard on classic country radio stations around the world, as well as online and satellite radio. Dick spends his summers in his hometown in Alberta, Canada and winters in Mexico.

Both a Canadian and International Country Music Hall of Fame inductee, his words and music reveal far more than we can tell you here and his autobiography titled "The Legend & The Legacy" published in 1998 is worth the read !

Dick Damron is an inspiration, and anyone who loves country music should get to know this gentleman.

Dick (b Joseph Glenn) Damron. Singer, songwriter, guitarist, banjoist, b Bentley, near Red Deer, Alta, 22 Mar 1934. He was heard early in his career in both country and rock bands, including the Musical Round-Up Gang (on CKDR radio, Red Deer) and the Nightriders. He began recording in 1959 and made two LPs in the 1960s for his own Holiday label. One, Canadiana Folk Collection, from 1967, comprised his songs about historical figures and incidents. It was not until 1970, however, that Damron had his first hit, 'Countryfied,' for Apex; a version by the US singer George Hamilton IV was popular in 1971 and served as the theme song for his syndicated Canadian TV show later in the decade. Damron had further success 1971-7 in turn for MCA, Columbia, Marathon, and Condor with the singles 'Rise 'n' Shine,' 'The Long Green Line,' 'Bitter Sweet Songs,' 'Mother, Love and Country,' 'On the Road,' 'Good Ol' Fashioned Memories,' and 'Susan Flowers'.

Damron appeared in 1972 at the Grand Ole Opry in Nashville and travelled in 1976 and annually 1978-80 and 1982-7 to Europe. He performed in England at the Wembley International Country Music Festival, London, in 1976 and 1978 and also toured in Holland and Germany. In Canada he has been seen on many CBC TV and CTV country music and variety series, and has performed at the Calgary Stampede (among other cowboy functions), in clubs and concerts, and at festivals and fairs. He presented the Dick Damron Country Music Festival in 1977 and 1978 at Bentley and was involved in the early 1980s in the Cattle Country Jam at Brooks, Alta.

Damron received Big Country awards as top country composer in 1976 and country male singer annually 1977-9, and for best country single ('Susan Flowers') in 1977. He won CCMA awards as male vocalist, entertainer, and instrumentalist of the year in 1983, 1985 and 1989 respectively, and for song of the year ('Jesus It's Me Again') in 1984. Damron songs also have been recorded by many other singers including Carroll Baker, Gary Buck, Terry Carisse, Jimmy Arthur Ordge, Orval Prophet ('Eastbound Highway'), the Rhythm Pals, Hank Smith ('Everybody's Going to the Country'), R. Harlan Smith, and several European artists.

A Thousand Songs Of Glory

Lost in the Music

The Legend and The Legacy

The Cowboy and The Lady

The Same Old Thing Again b/w Times Like This

When Our Love Was Young b/w Rise 'n' Shine

I'm Not Ready for the Blues b/w Homegrown

The Prophet b/w All That I Was Living For 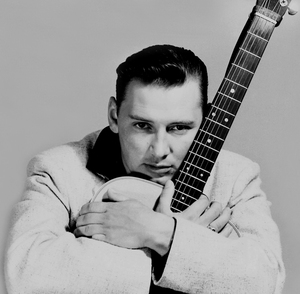