Jimmy Dale (Piano, organ, arranger, composer, conductor) born on October 23, 1935, London, England. He immigrated to Canada with his family in 1947 at the age of 11. He attended The Royal Conservatory of Music for two years where he was a pupil of pianist Alma Allen. He also studied music theory and music composition privately in Toronto with Gordon Delamont.

Dale began his career playing in dance bands and pit orchestras in Toronto during the 1950s. In 1957 he joined Peter Appleyard’s newly formed jazz ensemble with whom he played and toured for two years. In the early 1960s he began working for the Canadian Broadcasting Corporation as a rehearsal pianist. He eventually was promoted to music director, notably serving in that capacity for the programs À la carte and In Person.

In 1969 Dale relocated to Hollywood where he worked as a music director for both CBS and NBC. Among the shows that he worked in this capacity for were The Smothers Brothers Show (1969, CBS), The Andy Williams Show (1969-1971, NBC), and The Sonny and Cher Comedy Hour (1971-1973, CBS). For the latter show he was nominated for a Creative Arts Emmy Award for “Outstanding Achievement in the Musical Direction of a Variety, Musical or Dramatic Program” in 1972. He returned to Toronto, commuting to Los Angeles in 1973 to continue his work with CBS. He returned to Hollywood for a short time in 1975 to serve as Music Director of The Cher Show.

Dale continued to work actively for the CBC in Toronto as a music director during the 1970s and 1980s. He was music director for the television programs Juliette and Friends (1973-5) and The Bob McLean Show (1975-81). He also worked in the same capacity for the CTV Television Network program The Bobby Vinton Show (1976-8), and for two privately syndicated series, Bizarre (1978-84) and Super Dave (beginning in 1987).

From 1974-1987 Dale was the pianist for Boss Brass with whom he made several recordings. He also was a regular performer in Toronto nightclubs from the 1960s through the 1980s, notably accompanying such artists as George Coleman, Coleman Hawkins, and Peggy Lee among others. He also performed gigs with his own band, the Jimmy Dale Swingers. In 1968 he released the album Soft and Groovy and also appeared as a pianist on the album Juliette’s Christmas World with the Jimmy Dale Swingers. His album Profiles was released in 1980 on the Intercan label. He also worked as a pianist on recordings by Appleyard and Basso.

Taken to Canada in 1947, he studied piano for two years with Alma Allen at the RCMT and theory and composition with Gordon Delamont privately in Toronto. After working in Toronto dance bands and pit orchestras, and 1957-8 with Peter Appleyard, he began his CBC career in the early 1960s as a rehearsal pianist and was subsequently music director for 'À la carte' and 'In Person'. Dale moved to Hollywood in 1969 and, before returning to Toronto in 1972, was music director for 'The Smothers Brothers Show' (CBS TV 1969), 'The Andy Williams Show' (NBC TV, 1969-71), and 'The Sonny and Cher Comedy Hour' (CBS TV, 1971-3, commuting for the last season). For the last he received an Emmy nomination in 1972 for 'outstanding achievement in the musical direction of a variety, musical or dramatic program'. In 1975 he returned to Hollywood briefly as music director of 'The Cher Show'.

In Toronto, Dale was music director for the CBC TV shows 'Juliette and Friends (1973-5) and 'The Bob McLean Show' (1975-81), for CTV's 'The Bobby Vinton Show' (1976-8), and for the privately syndicated series 'Bizarre' (1978-84) and 'Super Dave' (beginning in 1987). He wrote scores for feature and TV films (eg, B.S. I Love You, Crunch, The Execution of Raymond Graham, and Breakfast with Les and Bess), many jingles and TV signature songs, and orchestrations for the musicals Aimee! (Charlottetown Festival 1981) and Durante (1989), produced by Nicky Fylan and Mary Murphy. He also wrote arrangements for recordings by the pop singers Tommy Ambrose, Denyse Angé (accompanied by a studio orchestra under his direction for CTL), Keath Barrie, Mary Lou Collins, Cecile Frenette, and Bobby Vinton, and by the instrumentalists Eugene Amaro and Guido Basso. His own recordings include the LPs Soft and Groovy (1968, CBC LM-40/Cap SN-6290), Juliette's Christmas World (1968, CBC LM-51/RCA CAS-2279, with the Jimmy Dale Swingers), and Profiles (1980, Intercan IC-1013). Dale performed as a pianist on albums by Appleyard, Basso, and the Boss Brass (of which he was a member 1974-87) and for Toronto nightclub engagements by George Coleman, Coleman Hawkins, Peggy Lee and others. 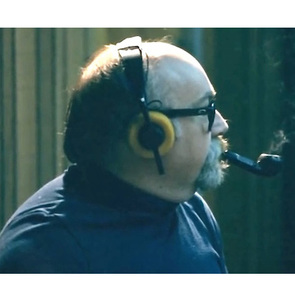