Collier played trombone in the 1950s with Toronto dance bands (eg, Mart Kenney and His Western Gentlemen) and, on a freelance basis, with the Toronto Symphony Orchestra, the National Ballet and Canadian Opera Company orchestras, and CBC radio and TV groups. While a member of Norman Symonds' jazz octet, he formed his own jazz group - at first (1954-7) a quartet without piano, then a quintet (which performed at the Stratford Festival in 1957), a dixtuor (formed in 1960), and, on occasion in the 1960s (eg, Expo 67), a big band. His quintet participated with the CBC Symphony Orchestra in the premiere and recording of Symonds' Concerto Grosso for jazz quintet and symphony orchestra, and in subsequent performances of the work with other orchestras.

During the late 1950s Collier, like Symonds, was a central figure in the Third-Stream movement in Canada. In that idiom he composed such works as Sonata (pre-1956, played with Norm Amadio) for piano and jazz quintet. In the 1960s he worked also with the spoken word, completing The City (1960, for orchestra and narrator-singer, an evocation of life in a city, with readings by Don Francks), Hear Me Talkin' To Ya (1964, for octet and narrator-singer; a collaboration with Francks, whose libretto was taken from the book of the same name, comprising remarks on the subject of jazz made by US musicians), and Carneval [sic] (1969, libretto by Gwendolyn MacEwen, premiered by Collier's orchestra, with Bruno Gerussi as narrator and Fred Stone as flugelhorn soloist, 2 Jul 1969 at the Detroit-Windsor International Freedom Festival). Collier also wrote scores for the play The Mechanic (1965), for the ballet Aurora Borealis (1966, Almitra; seen 1 Jan 1967 on CBC-TV), for several industrial films 1967-71, for CBC radio and TV shows, and for the feature films Face Off (1971), A Fan's Notes (1972), and Paperback Hero (1973). His Waterfront, Night Thoughts (1965, Almitra) was recorded by Robert Aitken.

Association with Duke Ellington
In 1967 Ron Collier conducted a big band and string orchestra for a CAPAC-sponsored recording of Aurora Borealis and Silent Night, Lonely Night (the latter from a CBC TV drama score of the same name) and two works each by Symonds and Delamont, with the pianist Duke Ellington as soloist. Subsequently Collier collaborated as an orchestrator (and, though unacknowledged, as the co-composer) with Ellington on Celebration (1972, a commission from the Jacksonville Symphony Orchestra) and other works; on occasion he conducted the Ellington orchestra. Collier's arrangement of Suite from "The River" was recorded by the Detroit Symphony Orchestra.

As Teacher
In 1972 Ron Collier became composer-in-residence at Humber College in Toronto. He taught composition and arranging there 1974-94. His pupils included Pete Coulman, Scott MacMillan, Jim McGrath, John Roby, Ilmars Sermulis, and Doug Wilde. He directed the college's stage band to victory at the Canadian Stage Band Festival (MusicFest Canada) in 1975, 1982, and 1986, and led Humber ensembles in concert and TV appearances in the Toronto area. Collier also re-formed his own big band for specific occasions, eg the Ontario Place Jazz Festival in 1979 and an Ontario Science Centre concert in 1983.

Other Compositions
Among Collier's works for big band are Requiem for JFK (1964, Almitra 1971), Humber Suite (1973, in three movements, of which the first was recorded by the Humber College Big Band for the LP First Take), Jupiter (1974, written for and recorded by Moe Koffman), and Never in Nevis and Four Kisses (1983, both included on Humber at Expo 86). He also arranged several jazz standards for big band, including an Ellington medley (heard on Humber at Expo 86), Scrapple from the Apple (played by the Boss Brass), and In a Mist (for saxophone quartet) and composed many other pieces for jazz groups of varying sizes. He returned to the synthesis of jazz and classical music with Reflections on Three (1980, based on solos by alto saxophonists Paul Desmond, Johnny Hodges, and Charlie Parker, commissioned for the University of Toronto Wind Symphony and recorded in 1994) and To Prussia with Love and a Little Bit of Jive (1988, after Bach, for Music at Sharon).

In 1997 Collier commenced a big-band arrangement of Oscar Peterson's Canadiana Suite. Mark Miller praised Collier's accomplishment, saying "He has taken Peterson's sketches and given them colour, texture and atmosphere" (Globe and Mail, 21 Nov 2001). Collier's arrangement was premiered by Fred Stride's Big Band, and subsequently performed by Collier's orchestra, which he continued to lead in occasional performances at jazz festivals until the early 2000s. 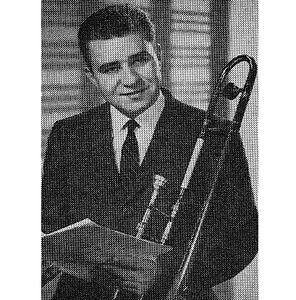