LaRena (b LeBarr) Clark. Folksinger, b LeBarr Landing, near Lake Simcoe, Ont, of French and English-Irish parents, 21 Nov 1904, d Orilla, Ont, 3 May 1991. Raised in various northern Ontario centres (her father and grandfather were hunters, trappers and boat-builders), she learned many songs from her family and developed a large and varied repertoire which included British ballads and music hall songs, country and western songs, and Canadian lumbering songs. For the collector Edith Fowke she sang a number of these songs in the early 1960s. Some were published in Fowke's collections and issued on the LP LaRena Clark: A Canadian Garland (Topic 12T140). Appearances followed on local radio stations and at folk festivals in Canada and the USA. Residing after 1975 in Hawkstone, near Barrie, Ont, Clarke continued to record, completing nine LPs for her own Clark label. In 1987 she was awarded the Marius Barbeau Medal by the Folklore Studies Association of Canada. Her biography, A Family Heritage: LaRena Clark's Story and Songs was completed by Edith Fowke and Jay Rahn in 1991.
Author: Edith Fowke

A Canadian Garland: Folksongs from the Province of Ontario 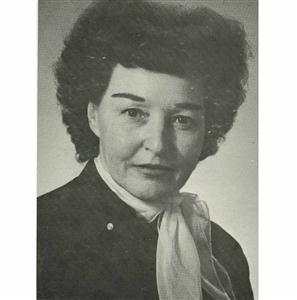