Neil Chotem. Pianist, composer, arranger, conductor, teacher, b Saskatoon, of Russian parents, 9 Sep 1920; d Greenfield Park, Que, 21 Feb 2008. In Saskatoon Neil Chotem began his piano studies at the Palmer School of Music at five and performed for the first time in public. He subsequently studied with Lyell Gustin 1930-8. He made his debut with an orchestra in 1933 in Saint-Saëns's Concerto No. 2 with the Regina Symphony Orchestra. The following year he studied in Chicago with the Canadian pianist Jeannette Durno. His family moved to Winnipeg, where he gave many recitals 1935-9 on the CBC and premiered his Scherzo Tarantelle for piano and orchestra. He also played 1940-2 as a duo-pianist with Gordon Kushner and gave solo recitals in several western Canadian cities. He joined the RCAF as a musician in 1942. While stationed overseas he discovered jazz, and he retained this interest throughout his subsequent career as a composer, conductor, and arranger. He settled in Montreal in 1945 and studied 1946-50 with Michel Hirvy. In 1946 he accompanied the tenor Richard Tauber on a Canadian tour. The following year he appeared in the film La Forteresse, and in its English version, Whispering City, playing André Mathieu's Concerto de Québec. Chotem made his Montreal recital debut 3 Mar 1947. Invited by Sir Ernest MacMillan to play with the Toronto Symphony Orchestra, he appeared 4 Apr 1947 in Rachmaninoff's Concerto No. 2 and Franck's Variations symphoniques. He was heard by Artur Rubinstein, who predicted a brilliant future.

Neil Chotem led a jazz trio (of which the variable complement included, for a time, the bassist Lucien Gravel and the drummer Donat Gariépy) 1946-8 in a series of CBC Radio broadcasts. In 1952 another Chotem trio and the singer Yvonne Lanauze made the LPs RCI 79 and RCI 80. Soloist on the CBC programs 'Radio-Carabin,' 'The Sunday Night Show,' 'Stardust Serenade,' and 'CBC Star Time,' he also composed and conducted for several CBC radio plays (among them 'The Dybbuk,' 'The World's Illusion,' 'The Trial,' 'A Tribute to Eugene O'Neill,' and the series 'The Iliad' and 'The Odyssey') and wrote music for the radio dramas directed 1948-50 by Rupert Caplan for 'CBC Wednesday Night.' Between 1950 and 1960 he played several times with the 'Little Symphonies' orchestra and the Concerts Symphoniques de Montréal Orchestra (Montreal Symphony Orchestra) and again with the Toronto Symphony. He also performed Beethoven's Concerto No. 4 with the CBC Symphony Orchestra, played with the McGill Chamber Orchestra, and toured 1950-1 and 1959-60 for Jeunesses musicales of Canada (Youth and Music Canada). He premiered and recorded Claude Champagne's Piano Concerto with the CBC Montreal orchestra (1950, RCI 17/4-ACM 30), and recorded Jean Coulthard'sQuebec May for two pianos and choir with Mario Bernardi and the Toronto CBC Choir conducted by Geoffrey Waddington (1951, RCI 35/6-ACM 10). In the 1960s he performed on radio and TV with Maureen Forrester, Claire Gagnier, Félix Leclerc, and Monique Leyrac.

Conductor
As conductor, Neil Chotem made several recordings with the CBC Montreal orchestra: national anthems (1950, RCI 46), pop song arrangements (1951, RCI 31 and 32), selections from Dolores Claman's musical comedy Timber!! (RCI 119), as well as arrangements of songs from the Maritimes (RCI 152), Canadian regimental marches (RCI 158), and pop songs (RCI 176, 177, 178, 259, and 346, the last exclusively of music by Gordon Lightfoot). As arranger, conductor, and pianist he took part 1955-60 in the CBC broadcasts 'Music from Montreal,' often performing Canadian works (by Robert Farnon, Robert Fleming, Michel Perrault, Eldon Rathburn, etc). He was also conductor for the recording of Marc Huard's Thèmes et mélodies (1974, Céleste MA-2224). Chotem appeared as a guest conductor of the Montreal Symphony Orchestra in the summers 1969-72, of the Quebec Symphony Orchestra 1970-2, and of the National Arts Centre Orchestra.

Awards
In 1968 Neil Chotem shared a Montreal Festival du disque prize for his contribution to 3=12 (Sel SSP-24.1555), an LP for which he, Paul de Margerie, and Marcel Lévêque alternated as conductors and arrangers. In 1968 he received a prize from the same organization for his arrangement of Jacques Brel's song 'Ne me quitte pas,' as recorded by Renée Claude. The Guilde des musiciens du Québec awarded him its Prix de la Guilde in 1993.

As Composer
In addition to the above compositions and arrangements, Neil Chotem arranged music for pop groups and singers: Harmonium, Paul Piché, Michel Rivard, and the Séguins. He wrote Fantaisie sur des airs de Gilles Vigneault (1973), and also orchestrated Le Dict de l'aigle et du castor (text by Vigneault, music by Claude Léveillée). Of his work with the pop group Harmonium, which resulted in the acclaimed LP L'Heptade, Chotem remarked: 'at the moment it's hard to say where I'm going as a composer. I'm looking around, as are all composers, and I'm exploring without committing myself to a particular route. I'm aware there are categories: classical music, contemporary music, jazz, Harmonium. But it's a real mistake to think only in terms of labels. In the long run, if you succeed in ignoring the existing categories, you end up creating a new one' (Canadian Composer, Oct 1978). He was an associate of the Canadian Music Centre. 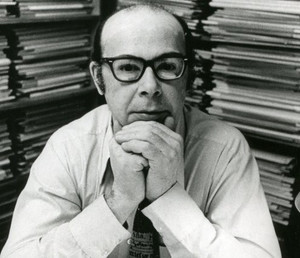