Chixdiggit is a Canadian pop punk band formed in Calgary, Alberta. The band performed internationally, and released a number of studio albums, mainly with light-hearted pop songs, usually about girls and relationships.

In 1990 K.J. Jansen, Mark O'Flaherty and Mike Eggermont started selling T-shirts imprinted with the Chixdiggit logo at their high-school, although at this stage the band did not exist. Sales of the shirts provided the band with enough money to purchase a drum kit. However, none of the band members had any musical experience nor did any of the members own instruments (except O'Flaherty who owned a classical guitar). Eggermont took up playing bass and Jansen took up playing guitar as well as becoming the lead vocalist for the band.

By 1991 the three had formed the band and they started playing a few shows in 1992 while working on their instrumental skills. By 1993 the band was playing regularly in venues around Calgary. In 1995 they performed at a large concert in Seattle, opening for the band 'The Presidents of the United States of America'.

In 1996 Chixdiggit were signed to Sub Pop records. They released their first self-titled album on the record label that year, but they only lasted a short time on the label.

At this stage Chixdiggit was touring worldwide. They were soon signed to Honest Don's Records, a Fat Wreck Chords subsidiary from San Francisco.

After the release of 2000's From Scene to Shining Scene, the band took a hiatus, from which they returned in 2003, and in 2005 the band started writing and recording its fourth full-length album, Pink Razors. The album was released April 19, 2005 on Fat Wreck Chords in North American and Bad Taste Records in Europe.

Mike Eggermont left the band in 2002 and started a software company. In 2003, drummer Dave Alcock (owner of Sundae Sound recording studio) left the band, and was replaced by the band's original drummer, Jason Hirsch.

In June and July 2006, they played a handful of European shows, before playing a couple of Californian shows with the Groovie Ghoulies. On October 31, 2007, the band released a re-recording of their debut album, Chixdiggit!, on Bad Taste Records. The re-recorded album was titled Chixdiggit! II.

Born on the First of July

Born on the First of July

From Scene to Shining Scene

Nothing Beats a Royal Flush comp 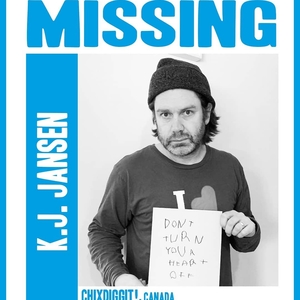