The Bureaucrats formed in ‘78 and disbanded in ‘81. The band managed to scrape together a cult following with their original Clash-cum-new wave material, echoing similar rebel sentiments rising out of the likes of New York and London in the late 70’s. The Bureaucrats performed with the likes of Teenage Head, Demics, Bauhaus, Payolas among others. They began their musical legacy by opening and closing the now infamous “Rotter’s Club” and eventually did the same with its successor “The 80’s Club”. The band during its existence released the following; Rot n Roll 12” LP (’79), Feel the Pain/Grown Up Age 45rpm (’80), ROI CD recorded in ’78-‘79 (released ’99) and The Bureaucrats 12” LP recorded in ’78-’80 (released 2000).
-Punk History Canada 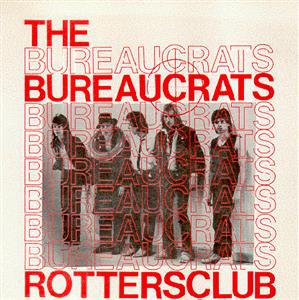