Michel-Georges Brégent. Composer, keyboard player, b Montreal 29 Jan 1948, d Montreal 4 Sep 1993. Michel-Georges Brégent studied 1967-70 at the Conservatoire de musique du Québec à Montréal with Gilles Tremblay (composition), Jean Laurendeau (ondes Martenot), Raoul Sosa (piano), and Irving Heller (sight reading). Among the instruments he mastered were the organ, electric piano, Mellotron, and synthesizer. With his brother Jacques, and occasionally with other musicians, he formed the group Brégent (1972-5, 1978-80), devoted mainly to the musical interpretation of works by French and Québécois poets. The brothers made two LPs: Poussière des regrets (1973, RCA PCS-4021) and Partir pour ailleurs (1978, Cam CML-2003). Brégent went to Paris on a Canada Council grant in the fall of 1973 and lived there until 1978, working as an accompanist for shows by Lewis Furey in 1974 and performing 1975-9 in the Dionne-Brégent Duo with Vincent Dionne.

Initially a self-taught composer, in about 1965 Brégent began work on the first organ section of a vast four-part biblical fresco entitled Les Testaments. His CBC-commissioned radio work Atlantide won the network a first special distinction of the Prix Italia 1985. In 1987, Trad-sens-concertio was first performed in an abridged version by Louis-Philippe Pelletier and the Montreal Symphony Orchestra, which had commissioned the work. That same year Brégent was named composer-in-residence at the Canadian Opera Company, which premiered his chamber opera Réalitillusion in 1988. On 26 May 1994, the Société de musique contemporaine du Québec dedicated a concert to him at the Salle Pierre Mercure. He was a member of the Canadian League of Composers and an associate of the Canadian Music Centre. He was married to the pianist Christina Petrowska. 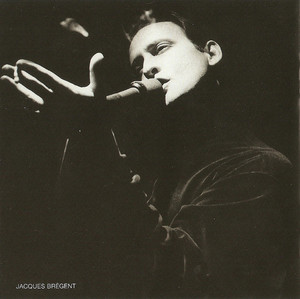